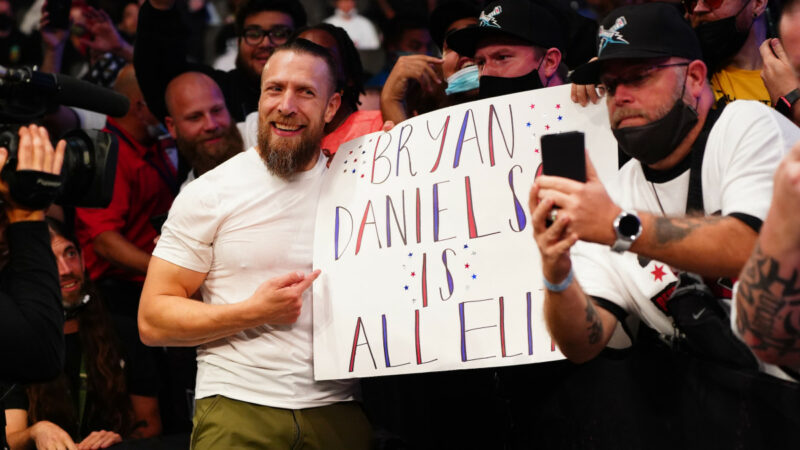 WWE fans at Smackdown at Madison Square Garden chanted ‘no’ in response to the mention of Daniel Bryan, now known as Bryan Danielson. Have WWE fans turned on Bryan going going to AEW?


Don't know if this is a boo for @bryandanielson or just a no. #Smackdown #WWE #AEW pic.twitter.com/dGoUgelKcd

Bobby Lashley is a force to be reckoned with. This is also the same for The Rock. Both stars hold a big place in WWE history and both stars surely do have the momentum to keep them in the history books for as long as pro-wrestling exists. Bobby Lashley dominates in the ring and even has also done so in the octagon. The Rock on the other hand has dominated in the ring and also in the weight room and in Hollywood. Could it be possible for us to see a huge match between the coming of a legend that is Bobby Lashley and the already set legend that is The Rock?

It was recently revealed by Bobby Lashley that he has a few really great dream match ideas. Some of the ideas can still possibly be done, and some, sadly can not due to the retirement of some stars and the passing of a very special star.

Bobby recently stated that his all time selection of dream opponents past and present would be The Rock, Brock Lesnar, Steve Austin, Undertaker, and the late Eddie Guerrero. Truly, all of these matches would have us on our feet. I will say that The Rock and Undertake may very well still be possible and we hope to see it.

While some dreams may not come true for Bobby, another that he spoke about that could have been a nightmare was one that sidelined him from the Olympics due to a robbery: “It was after the World Team Trials and I just moved up the weight class. Couple of months after that, I was going to the bank, do some bank stuff. So I got into the back of the line. At first when I walked in, three guys were standing at the side, they had like bandanas kinda on their necks. You wouldn’t think they were coming here robbing the bank. As soon as I get into the like it’s like ”bam, bam,” Lashley stated.

Bobby Lashley continues: “When I turned, I later later found out because of the video, like the bullet kinda went right over. When the guy kicked open the door and boom [making gun gesture] I just took a dive to the ground. As soon as I hit the ground, it was like a thud and just pure panic. I was like there’s no way I’m gonna get executed on the ground here. Those guys did their thing for a while and ended up leaving, but I helped everybody up and when I later looked down, my knee was like as big as like a huge softball at the end.”

Lashley closed: “I went and had surgery, they removed by Bursa sac, the fluid in the knee, tore my meniscus all kinds of stuff. Had that surgery, and then a couple months after that, I had another surgery because there was like an infection there. And that basically ended my whole, well not ended by amateur wrestling career but I would not have been able to go to the Olympic trials, it was just too close.”