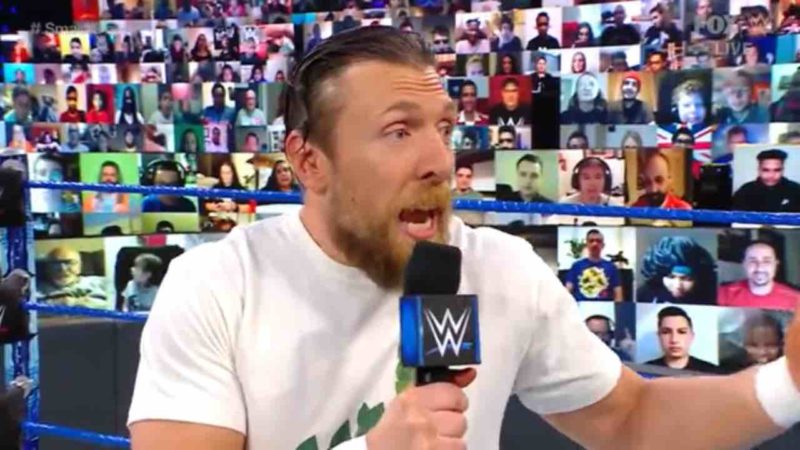 It’s almost to go as planned that once a WWE star leaves or gets let go from the company that they’ll almost for sure head over to AEW. This, of course, has been the case time and time again. Daniel Bryan may be the next one to follow suit as rumors have been flying left and right stating that Daniel Bryan will be going to AEW. The question isn’t so much about the amount of these rumors, but the question is, how much merit does any of these rumors hold? Braun Strowman Calls Out Top AEW Star.

With the addition of Malakai Black to the AEW locker room in what felt like record time, new rumors and changes have been pointing to Bryan Danielson signing with AEW next. It was stated via the Twitter account of @KhalafSammy that said that AEW has a surprise that is bigger than Andrade. Many comments have said that Andrade isn’t that big of a surprise but looking at the current free agents.

The only bigger wrestler than Andrade would be Bryan Danielson. Bryan Danielson is one of the biggest free agents that currently doesn’t have a non compete, making him one of the most likely to sign. Then there are the recent changes to some WWE projects, including video games. All of the future projects have taken Bryan Danielson out of them. That’s not something you do when you think they’re going to return to the company.

It also resembles when both Big Show and Mark Henry signed with AEW. There is now a lot of different information that is pointing to Bryan Danielson being the next big signing for AEW. Sadly, while not the be all end all, the rumors of Bryan were partially shut down by Dave Meltzer as he stated that he didn’t know what was to come next.

Special thanks to the overtimer.