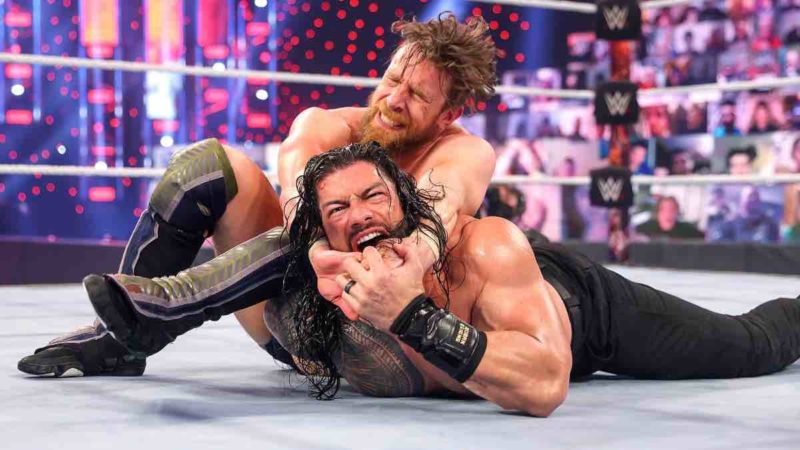 We knew the day was coming when Daniel Bryan would be retiring for good. We reported here that Bryan would be going to the behind the scenes team of WWE after retiring from TV. The question has always been not if, but when and where would Daniel be retiring? Vince McMahon ‘Called Out’ AEW Star Botch.

For all intents and purposes, Bryan was supposedly supposed to retire at the most recent WrestleMania. That was the plan for a stretch of time until it was re-written. Now, there is no clear word on when Bryan will be retiring, but one writer has an idea on how it should go down.

In the latest episode of Writing with Russo, Vince Russo discussed how he would write off Bryan. Vince spoke about how he would put real life into the story as he would use Daniel Bryan’s history of injuries and medical issues in the storyline. Russo also said he would have the leader of the Yes Movement amass a losing record heading into retirement.

Russo stated he would then put Daniel Bryan over, having him win a world title in his last match, before relinquishing it the following night on Monday Night RAW.

Vince Russo: “Let’s look at this realistically,” said Russo, “We all know about the health issues, we all know about the neck issues. I would kind of handle that as a shoot. I would kind of handle that like, still let him work the next four or five months, let him work with whoever he wants to work with. Ask him. You want to work with AJ? Put him on RAW… I would have him have a losing record… I don’t know if this has ever been done before. I don’t know where we are at that point with the champions, but I would give him a fifty-fifty record, he’s probably losing a little bit more than he’s winning. He’s winding down, saying, ‘I don’t know how many matches I’ve got left in me.’ The whole nine yards.”

Vince closes: “Then I would have him say, ‘You know what? I’ve made a decision, but I’m going to ask the WWE out of respect for me, I just want that one more big match. I want that one more big match to be my last match.’ If it’s me, and that one last match is a title match, I’m putting him over! I’m putting him over and I’m having him relinquish the belt the next night. This guy deserves that.”