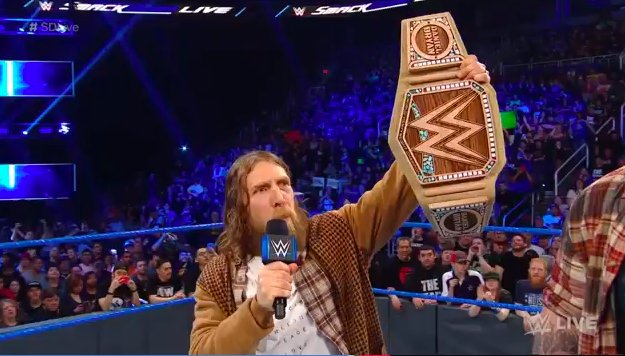 Daniel Bryan survived the Elimination Chamber match and retained the WWE Championship. While his Fastlane opponent will be known soon enough, WWE has something special planned for Wrestlemania.

During Wrestling Observer Radio, Dave Meltzer talked about what WWE has planned for Daniel Bryan’s Wrestlemania opponent. Despite Kofi Kingston’s performance recently, he isn’t in consideration for Wrestlemania. It might be one of the returning superstars.

Meltzer said that Kingston is not the plan for Fastlane or WrestleMania as of right now. The story he heard was that Bryan would face someone returning as opposed to any of his recent feuds. The people on that list include  Bray Wyatt, Sami Zayn, Kevin Owens, Kurt Angle, Undertaker, John Cena, Batista, though Angle is a doubtful name.

There is still some time for WWE to decide a Wrestlemania opponent for Daniel Bryan. So we will have to wait and see who it is.

News on who is portraying Suicide in IMPACT