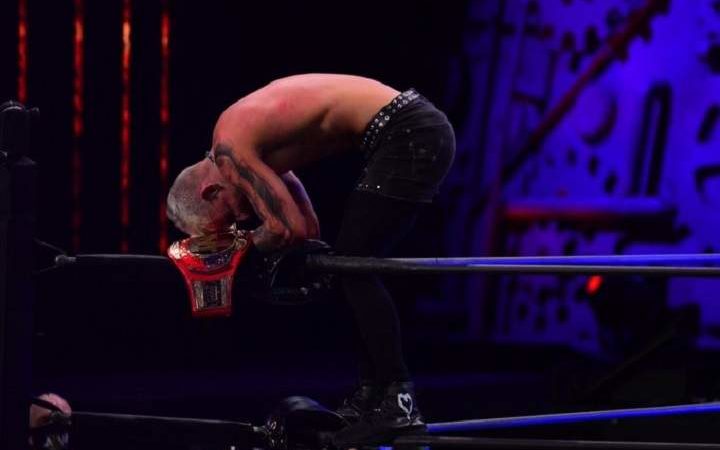 Darby Allin is the current TNT champion and an enigma in professional wrestling. What fans do not know is that he lives a straight-edge lifestyle, similar to CM Punk.

Darby Allin recently was a guest on Sirius XM’s Busted Open Radio with hosts Ryan McKinnell and Mark Henry. Among several topics of discussion, he discussed living a straight-edge lifestyle.

Allin provided an explanation as to the reason why he lives the way he does and why it is dubious one will find him at an AEW after-party.

“In wrestling…I’m very much of a loner, you’re really not gonna see me at the after party you’re not really going to see me like really anywhere for that matter when it goes to like big social settings I kind of like doing my own thing. But with the straight-edge lifestyle. It makes me feel like I’m in complete control at all times. And if I fail at the end of the day I have no one else to blame but myself because I’ve had so much friends in skateboarding, or whatever it may be, failed at their career and look, well it was the alcohols fault or it was the drugs fault, whatever it may have been.

“And now I get a look at myself in the mirror and say, I have no one to blame but myself. And that’s why I like doing it and then plus like people are surprised that I don’t even take pain pills, after everything I do in the ring like all I do is ice and physical therapy with like stretching and stuff like that like DDPY, and everything like that. I want to show people that you don’t need to necessarily turn to that stuff because my style is the some of the most like grueling on the body and you just show people that hey yo, just take care of yourself, natural and everything’s gonna be okay.”

Allin is currently engaged in a feud with Team Taz, which has been a storyline that has been built for several months.