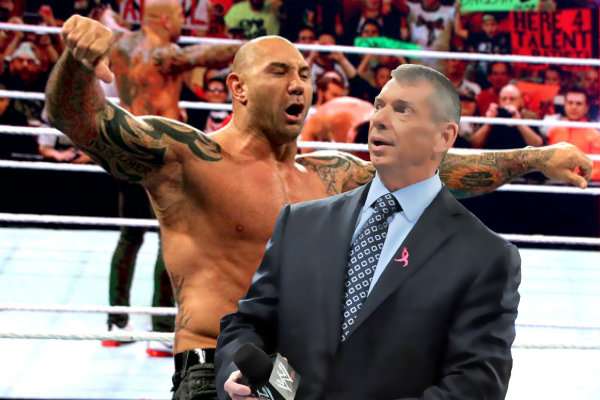 Dave Bautista is the latest WWE star to have successfully made the transition from in-ring to Hollywood and arguably no longer needs WWE or pro wrestling to butter his bread.

All that said, many fans still miss “The Animal”, even though he recently revealed that WWE hasn’t expressed much interest in bringing him back for another run — even after his recent successes in Hollywood.

However, there may be reason for us to hold out hope through this most recent Twitter exchange between he and WWE Chairman and CEO Vincent Kennedy McMahon:

I still have a fuck ton of unleashing left in me! Thanks for showing me the world boss! #DreamChaser https://t.co/ufoXLcdtWL