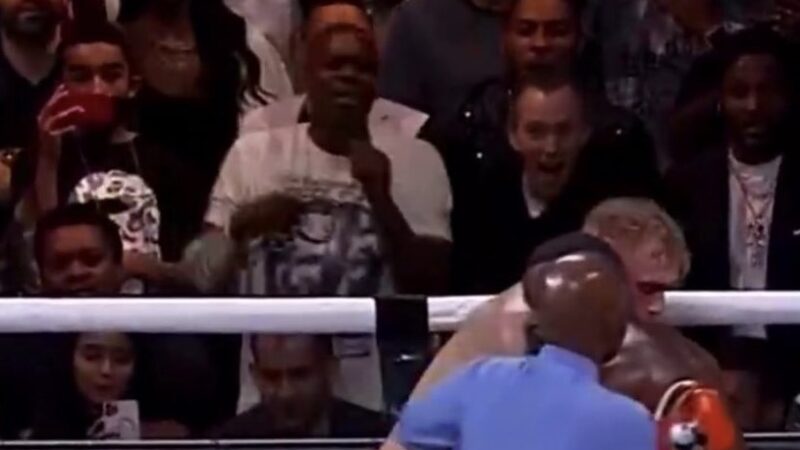 Dave Chappelle may have some new jokes after having to endure the long awaited fight that let many down which is the Jake Paul vs Tyron Woodley bout. As many know, the arena was absolutely packed to the brim with people. As many were fair-weather boxing fans, many fans were also celebrities. One of the fans was none other than Dave Chappelle who took shots at Jake Paul during the fight….Dustin Poirier ‘Betrays’ Tyron Woodley In Photo.


Dave Chappelle was front and center to this fight as many fans pointed out that he was seen laughing and yelling at Jake Paul. Chappelle seemed to be on the side of Tyron Woodley for the fight as he was seen in a photo jumping out of his seat when Tyron Woodley had Jake at the ropes. You can check out both of these instances below.

Many fighters and fans alike feel that Woodley got this fight without issue. It’s hard to accept the fact that Jake Paul won this fight when Woodley was the one bringing connecting power punches and basically having Paul fall down which was only saved by the ropes. Paul may have put up arguably the best fight he has, it’s clear that no one wants to accept this win.

Always one to give the best opinions, Nate Diaz stated about the fight: “These guys both suck.”

Special thanks to MMA Fighting for the insight.

Dave Chappelle about to have some new stand up material from this fight #paulvswoodley pic.twitter.com/ptSTTDqBX0

These guys both suck