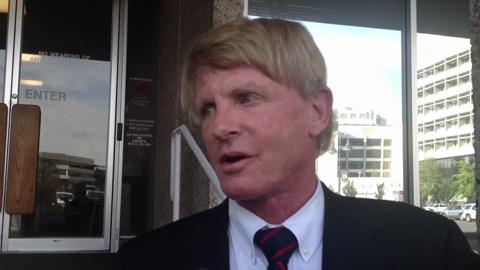 Hulk Hogan’s lawyer David Houston spoke with FOX 411 about his client making racist comments in a sex tape that was made several years ago with Heather Clem., the wife of Bubba The Love Sponge.

The tape was made in 2006. The transcript was in a sealed deposition that is part of Hogan’s $100 million lawsuit against Gawker for releasing the tape online.

On if he thinks Gawker released the tape:

“I have my suspicions, as you can imagine. If I can find out it is Gawker who leaked the transcripts, we will bury them.”

“Hulk Hogan has only one person to blame for what he said and no one from Gawker had any role in leaking that information.”

Houston said that Hogan is devastated by those comments and being released to the public.

“He sincerely apologizes to his family, friends and fans.” Houston added, “He is not a racist. His history defines him as something different.”