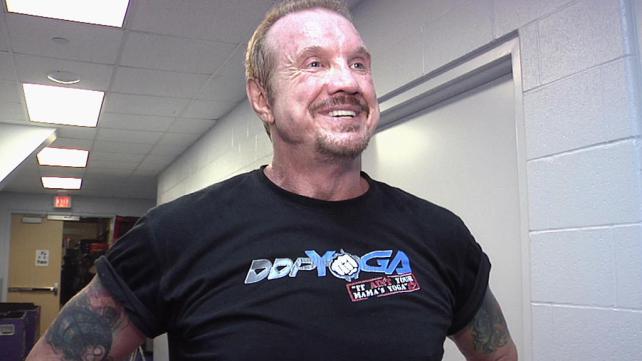 Diamond Dallas Page was a part of ALL IN last September when he was part of Cody Rhodes camp that escorted him out to the ring. DDP even got involved in the action and hit his Diamond Cutter to show that he can still do it.

With the rise of All Elite Wrestling, and the company signing up some of the best talents in the business, fans have wondered what other wrestling legends might sign with AEW and be a part of the company’s debut. It was previously announced that former WWE Superstar Billy Gunn had signed on to be a backstage producer with AEW. However, Diamond Dallas Page will not be signing with AEW.

DDP recently joined the “What A Rush” podcast, where he talked about how plans for his All In appearance was made. He also explained why he won’t be signing with AEW. Here is what he said:

“Cody sent me a text. He said: ‘Do ya got one more Diamond Cutter in ya?’ I said, ‘Yeah, for you.’ WWE I always got one for too, but you know I think I’ve run out of them there because they’ve given me a lot toward the end of my career. Cody, because like again, he’s like my nephew. I’ve been with him and raising him with Dusty wasn’t and just being a mentor to him and I love what he’s doing man.”

“I know what a lot of people are saying, ‘Are you gonna be a part of AEW? I’m like, ‘Not really, no.’ I’d rather be on the outside on the inside. I don’t want anything from it.”

“You know WWE’s treated me really good. I get to wear all my own sh*t. You know DDP Yoga stuff. They put up whatever I put up you know if I put up, like right now there’s a 2k19 promo that me and Xavier Woods did at my house that’s hysterical and they took it and they put it out there. So I want to keep my relationship with WWE. It’s for my business, you know?”