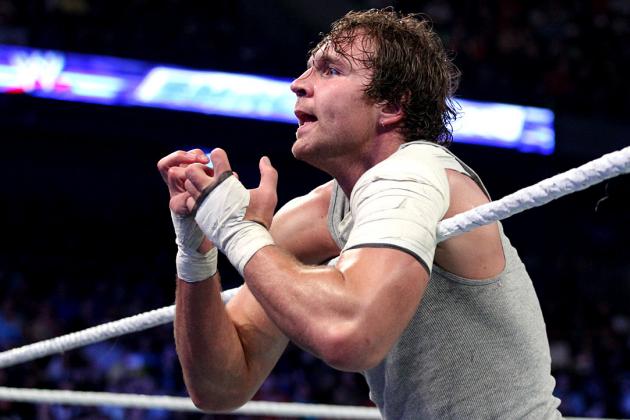 – WWE star Dean Ambrose recently spoke with the Sun about being possibly WWE Champion one day.

“I don’t look any further than what’s right in front of me.

“If you’re really good at doing what you do, good things will come.

“I just go out there every day and be one of the greatest professional wrestlers that ever lived, because at this point that’s what I am.”

– John Cena granted another Make-A-Wish wish before Monday’s RAW in Tampa, which is his #501 wish granted.

– WWE is advertising Samoa Joe and Finn Balor vs. The Lucha Dragons in the NXT Dusty Rhodes Tag Team Classic on next week’s episode of NXT.

– Hulk Hogan recently teased on Twitter that he will be announcing a big announcement for his fans in the UK soon.

@junaidbennett1 I just did 2 videos and sent it to the UK promoter brother. HH