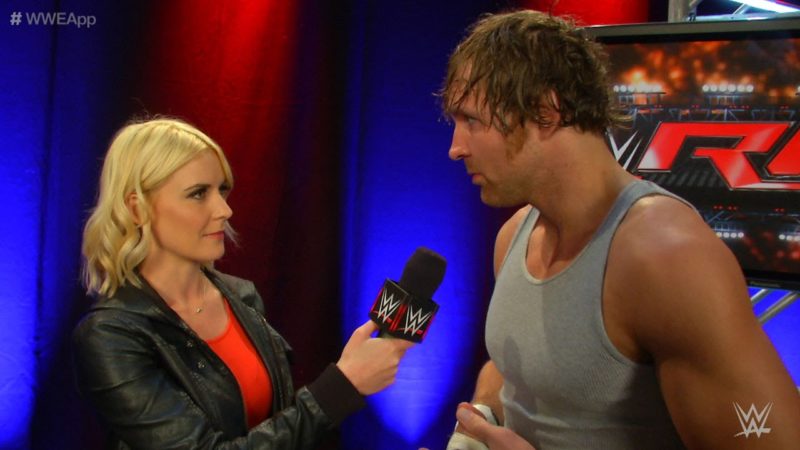 Both Dean Ambrose and Renee Young recently sported wedding rings on WWE TV this week. Ambrose’s was visible during the opening segment of Monday Night RAW with The Miz and Maryse. Young also wore hers during Talking Smack as well as in a backstage video with Daniel Bryan.

Kevin Owens hinted at their marriage on Talking Smack as well when he said “by the way, congratulations. You know why I’m saying congratulations?” Shane McMahon quickly interjected with “I don’t know if we’re talking about that,” and Renee agreed before moving her left hand out of sight.

Young then commented on Twitter about her and Ambrose’s marriage:

She also told Channel Guide Mag during a recent interview how she and Ambrose began dating:

“We just caught each other’s eye and were always around each other. You hear stories from like the Twins or Nattie, girls that were around prior to me being there. They told me he wouldn’t talk to anybody, ever. Then when I came around, they noticed he is chatting with me and coming to hang out with me. He is known to kind of keep to himself. That has always been his deal. I don’t know. We just hit it off. I guess he has a thing for Canadian girls; hopefully, just me.”