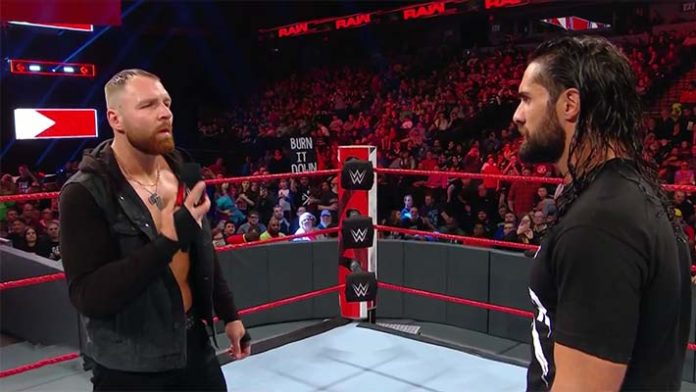 In between the Becky Lynch ‘will she, won’t she apologize’ drama on Raw last night, there was an odd segment involving former Shield’ brethren Dean Ambrose and Seth Rollins taking a big step to an early reconciliation.

After a verbal jousting between Seth Rollins and Paul Heyman, Ambrose came down early for his match with EC3 whilst Rollins was still in the ring. Rather than fighting, Ambrose took the mic and simply said “I’ve only got one thing got say to you: Slay the beast.”

Dave Meltzer reported that Ambrose had been scripted to deliver a more thorough promo. It would have reportedly touched on their time in the Shield, Roman Reigns and then the eventual “slay the beast” finishing line. Ambrose took the decision himself to cut the fluff as he was ‘not feeling it’ and simply delivered the headline message.

It’s no secret Ambrose is reportedly leaving WWE following WrestleMania 35 so there may be more scenarios where Ambrose takes things into his own hands, or maybe we’re all being worked?