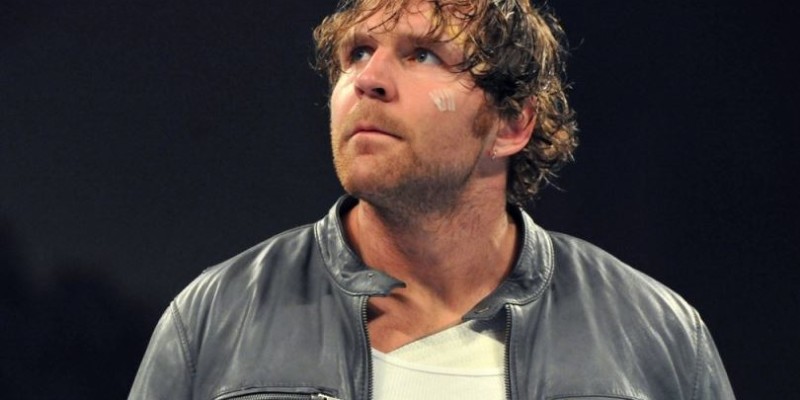 Comcast recently interviewed the “unstable” Dean Ambrose, and below are the highlights:

If match vs. Seth Rollins will main event HIAC:

“If…we’re not the main event, then somebody’s making a mistake. They’re going to regret it.”

If his feud with Rollins ends this Sunday:

“I came to a realization not long ago; I’m very passionate about what I do. This is all I want to do. I obsess over little things and I look ten steps ahead. And if it was up to me things would be planned out long in advance. I’m constantly plotting ahead like that. The reality is the WWE is this crazy world that’s constantly changing. You can’t prepare for tomorrow. The Pay Per View match already changed on us. You’re wrestling John Cena at the Pay Per View. Then I walk in Monday and we’re wrestling tonight. Things change like the wind. You’ve just got to take it one day at a time. And I could get hit by a bus tomorrow.”

If people are upset that Brock Lesnar has the WWE Championship and doesn’t appear at all of the major events:

“Every show, and we run a lot of them, doesn’t have to have a world championship match on it. Every Monday Night Raw shouldn’t have a world championship match. But, the champion not appearing at all? To me, it’s not nearly as big of a thing…I equate it back to the traveling world champions of the 70s or previous eras. You’re not going to see a world title match every week. I honestly think we give away too much stuff. We give away a lot of wrestling on TV and there’s so much time to fill. In a three-hour show, Brock Lesnar could really be used. I’m making up my answers as I go along here.

You’re not going to see him much. He took the belt back to his castle and he locked it up in the attic. You’ve got to go a long way to get a championship match with him.”