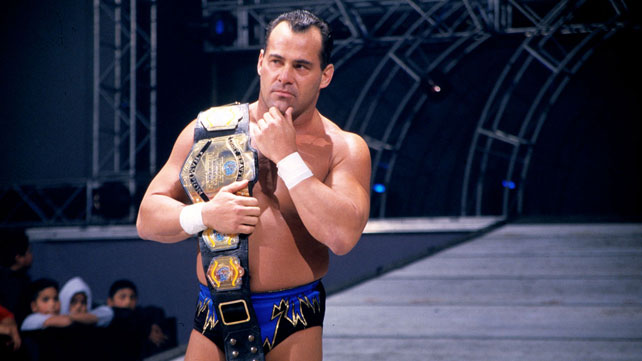 News broke out just yesterday that former WCW Star Dean Malenko is no longer working with WWE after almost two decades of service and now he has been announced for Starrcast II. The wrestling convention that will be held during the Double Or Nothing weekend in May announced via their Twitter account that the Man of 1000 Holds will be joining them on Friday, May 24th:

This Superstarr is known as The Man of a 1000 holds!! He’s held championships all over the world… #Starrcast II is proud to welcome DEAN MALENKO to Las Vegas, Memorial Day Weekend!

The announcement of Malenko’s appearance is a small breath of relief for the promoters of the convention, especially after their WWE contracts forced both the Undertaker and Kurt Angle to pull out of the event. Best known for his multiple Cruiserweight Title reigns with WCW, Dean is considered one of the best technical wrestlers to have ever stepped foot in the wrestling ring. He was even ranked no 1 in Pro Wrestling Illustrated’s PWI 500 list in 1997. He is good friends with AEW’s Chris Jericho, and it’s not hard to imagine that the former World Champion played a part in booking the former WWE Star for the wrestling convention, being held around AEW’s first official PPV. As we noted before, Dean Malenko had been working with WWE backstage since he retired from in-ring competition in 2001. He was given retirement from the company as we have seen a big influx of new producers being brought over in past few months.