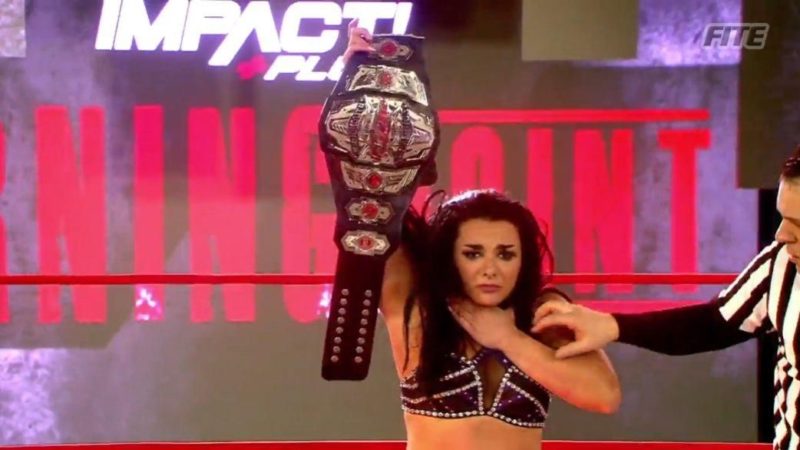 Deoanna Purrazzo challenged Su Young for the title at the event. Young won the title by beating Purrazzo at Bound For Glory, where she was a replacement for Kylie Rae.

The match at Turning Point was a No Disqualifications match and both competitors gave it their all to win the match. The final moments of the match saw Purrazzo hitting a cradle piledriver on Young to get the pinfall.

She is now the new Knockouts Champion and marks her second reign with the title.