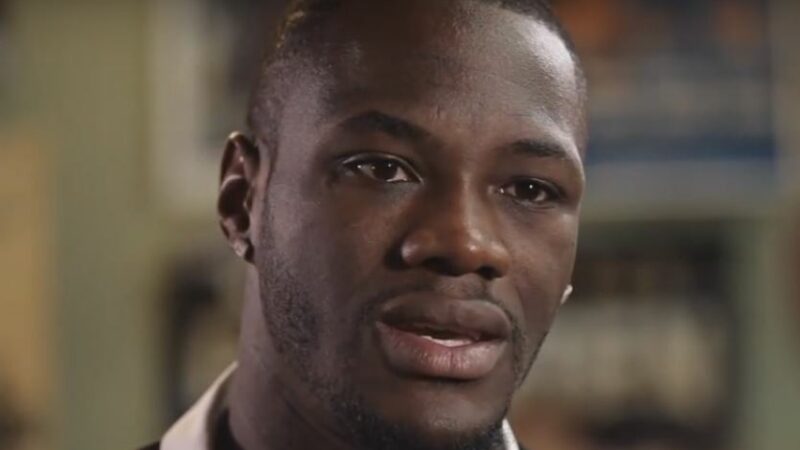 Deontay Wilder shares a tumultous relationship with WBC Heavyweight Champion Tyson Fury. They have locked horns on three occasions. Although Wilder shares a friendly bond with several of his former opponents, like Luis Ortiz and Malik Scott, he doesn’t see the same happening with ‘The Gypsy King’.

WBC champion Tyson Fury knocked out Deontay Wilder in back-to-back bouts, with the most recent ending via 11th round stoppage in 2021. Fury showed compassion towards his American rival post-fight, but Wilder refused to accept the WBC champion’s friendship. He even accused Tyson Fury of cheating.

A year after the fight, Deontay Wilder joined Fight Hype to reveal why he could never be friends with Tyson Fury. He also detailed why he didn’t take legal action after accusing his opponent of cheating. Wilder said the following:

“I don’t condone cheating and s*** like that. I know no matter what people say, it’s just like people use you know. Illness or whatever, ‘if he did have something in the glove or if he did say, why did you not go to the authorities?’ And I wish I was in front of them and I can grab their collar and I would grab their collar and put them close to my face. So we can be eye to eye, face to face so much that my breath touched their face and I would tell them why the f*** would I go to authorities when I have an opportunity to release my own energy and put my hands on him in the possibility of trying to kill him.”

Tyson Fury is the only man to have beaten Deontay Wilder in a pro-boxing matchup. Wilder is set to return against Robert Helenius on October 15.