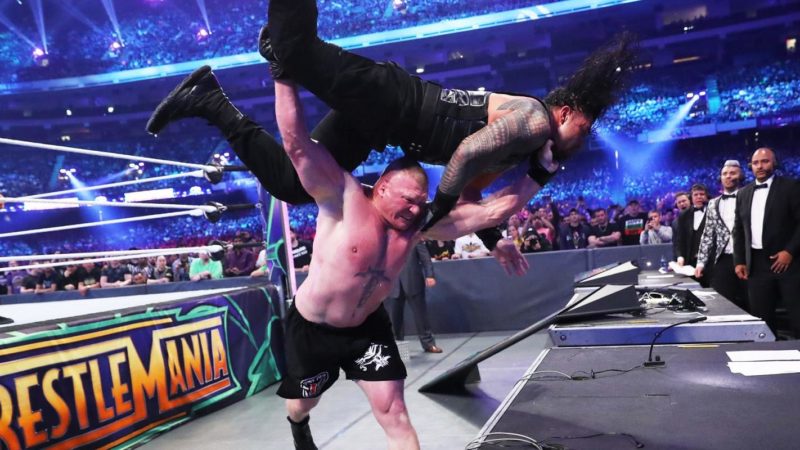 We noted before how WWE announced that Brock Lesnar who was rumored to be leaving the company after WrestleMania has signed a new contract.

Now Dave Meltzer of the Wrestling Observer has revealed some details on his new deal and how his resigning will affect his rumored return to the Octagon.

According to Meltzer, while Lesnar did sign a new contract sometime in the past week, it’s a short-term one meaning that it’s possible that he won’t stick around for long.

As far as UFC goes, the site reports that Brock’s latest contract will allow him to have at least one more fight inside the Octagon, though what happens after that remains unknown.

It’s worth mentioning here that Lesnar reportedly had an altercation with none other than the Boss Mr McMahon after WrestleMania last night which might be another sign that his WWE days are coming to an end.

Brock Lesnar is now scheduled to defend his Universal Championship at the Greatest Royal Rumble in Saudi Arab.