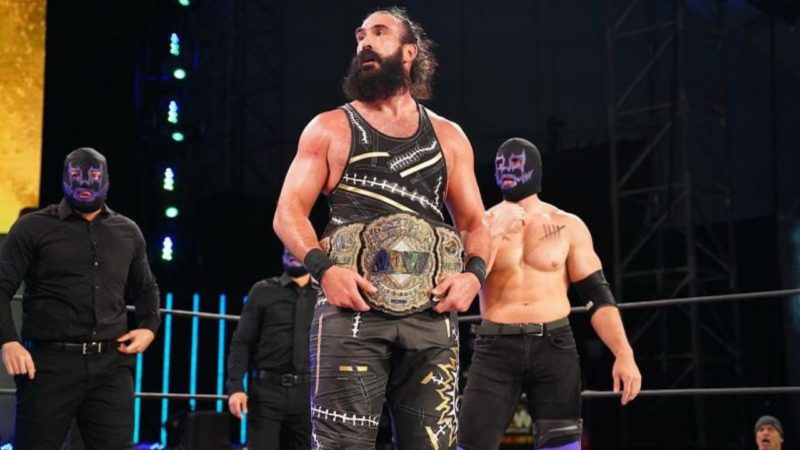 Brodie Lee was originally hospitalised towards the end of October and he had been at the hospital ever since, according to reports from Dave Meltzer of the Wrestling Observer Radio.

We noted before how the former TNT Champion was written off TV after his Dog Collar match with Cody Rhodes during the October 7 episode of Dynamite.

Though he wasn’t feeling any symptoms at the time and the original idea was to keep the former WWE star off TV for a few weeks to sell the injuries from his match.

However, Brodie Lee began experiencing symptoms of his lung ailment during his time away from AEW programming. According to reports, the wrestling star wasn’t able to finish his workouts on his Peloton bicycle in his home and he couldn’t figure out the reason for it.

Lee’s lungs stopped working shortly afterwards towards the end of October. He was rushed to a clinic in Jacksonville, Florida but his situation kept worsening.

The former WWE star’s wife Amanda kept everyone at AEW informed of his declining health. Though she didn’t want the news to leak and the AEW officials and talents who knew about him honored her request.

Brodie Lee passed away due to his lung ailment on December 26 and the whole wrestling world has come together since then to pay their tribute to the former champion.