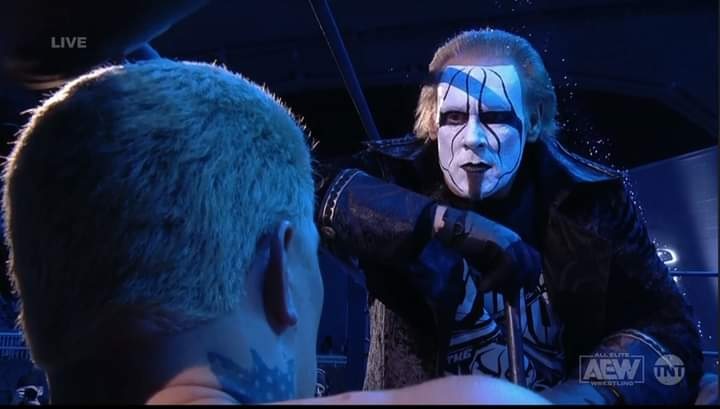 Professional wrestling legend Sting made his shocking debut on this past week’s episode of AEW Dynamite Winter Is Coming. It took the professional wrestling world by storm and has gotten fans talking about. He will be appearing on next week’s Dynamite and now more details regarding the segment have been revealed.

It was previously reported that Sting was upset with his run in WWE. Now AEW has revealed that Sting will be interviewed by Tony Schiavone. Several WCW fans will are likely to feel nostalgic seeing the segment.

Sting had not been in a professional wrestling ring on TNT for 19 years as the last time has inside a ring was 2001.

This Wednesday on #AEWDynamite @tonyschiavone24 will interview @Sting for the first time in #AEW.

The company currently plans on using the legend every week on Dynamite, but it is unlikely he will be competing in any match or take any bumps.

This Wednesday on #AEWDynamite @tonyschiavone24 will interview @Sting for the first time in #AEW.

Watch Dynamite every Wednesday night at 8/7c on @tntdrama and on #AEWPlus brought to you by @FiteTV pic.twitter.com/lOH71KYqqL