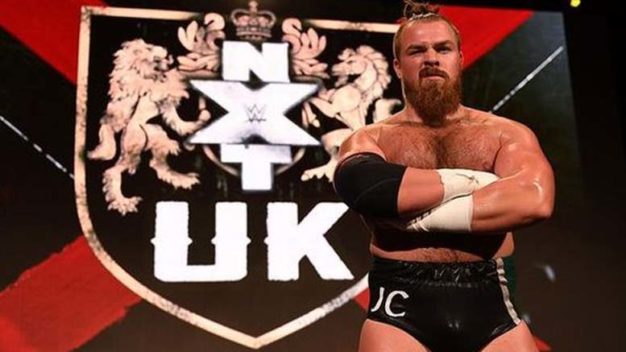 Names continue to be added to the list of offenders amid the #SpeakingOut controversy that has swept through WWE, NXT, AEW, and other wrestling associations. Now, three more NXT/NXT:UK members have been reprimanded following continued allegations of sexual misconduct.

A woman by the name of “Bella” alleged that PROGRESS Superstar David Starr had sex with her when she was inebriated, therefore unable to consent. The video goes on the show both referee Joel Allen, and UK wrestler Big Grizz alike.

As seen in the originally released video, Starr told Bella to find them some friends that would be a “wet lay” for him and his friends. He specifically asked for the “smallest girl possible” for Big Grizz. (The video was not specifically mentioned as a direct cause for Joel Allen’s release, but the speculation is that it was a huge contributing factor.)

Bella’s Twitter account has been protected and limited to those who are still able to view her page.

Here is what we have gathered from her post:

“David Starr thinks he can pass his behaviour off as lads banter. I allowed it for so long and depreciated myself too because that is how I got praise from him. I am glad your arrogance is coming back for you. #SpeakingOut“

Chris Roberts had been accused of grooming an underage girl (who was 15) when he was between the ages of 22 and 25. Joe Coffey was suspended for harassing multiple women and also sending unsolicited nude pictures, voice messages and stalked his victims.

During the conference call with the NXT UK talent, Paul Levesque explained explicitly what the protocol was regarding sexual abuse allegations. He continued on to state firmly that there would be zero tolerance on any charges (provided there was irrefutable evidence to the charges).

It was taken as more of a warning going forward than anything else, but there was no talk regarding any other changes with the UK brand which will continue to tape television as soon as it is once again feasible to do so in that market.

WWE did take action against several additional UK talents Tuesday; a follow up to the Friday releases of Ligero (Simon Musk) and Travis Banks (Travis Bligh).