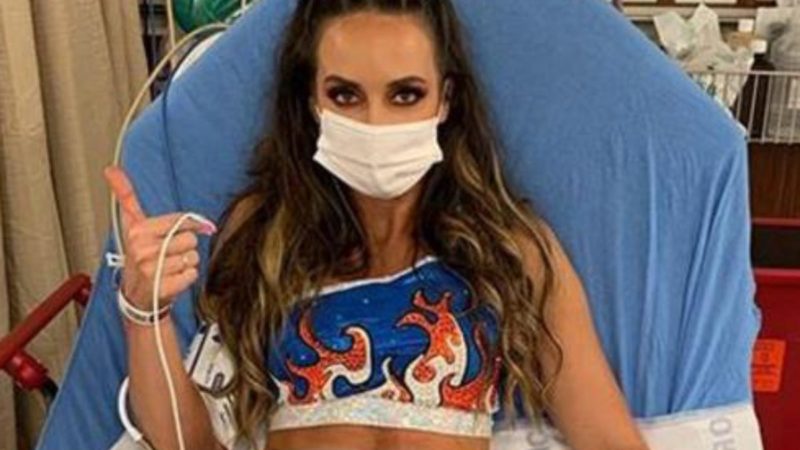 Chelsea Green debuted at this week’s WWE SmackDown after a long time on the sidelines. Unfortunately, her debut on the main roster did not last long. In her first match on the main roster, Chelsea Green suffered an injury, as she broke her wrist. The injury could not have come at a worse time as Chelsea would have won that match.

The original plans for the match saw Chelsea Green win. However, when she was injured, the match changed on the fly and Liv Morgan won it instead. Meanwhile, Chelsea has undergone surgery for her broken wrist.

.@ImChelseaGreen makes this Triple Threat a Fatal 4-Way to see who will join Team #SmackDown at #SurvivorSeries! pic.twitter.com/cGNTje4YNY

According to a report by Fightful Select, Chelsea met with Vince McMahon backstage before her match on SmackDown. The report stated that her meeting with the WWE Chairman went very positively. In the meeting, Vince McMahon told Chelsea about her permanent move to the SmackDown roster.

In an update, it appears that Chelsea’s character was undergoing a change as well.

WWE was apparently considering changing Chelsea’s name on the day of her SmackDown debut. The two names being considered were ‘Victorious’ and ‘Green’, but the WWE officials were unsure about the trademark issues ‘Victorious’ could raise.

The plan was for Chelsea to reveal her new name in a post-match interview. The reveal never ended up happening thanks to the injury.

Chelsea did release a statement about her state of mind after the injury and seemed in positive spirits at the time.

Just like the rest of my career, I couldn’t have an easy debut! LOL, that just wouldn’t be fit for my wild journey.
I’m headed into surgery now. I am beyond devastated but so excited to be a part of @WWE team SmackDown, when I get back! 💙

Currently, there’s no update on when Chelsea will be able to return to the ring again.