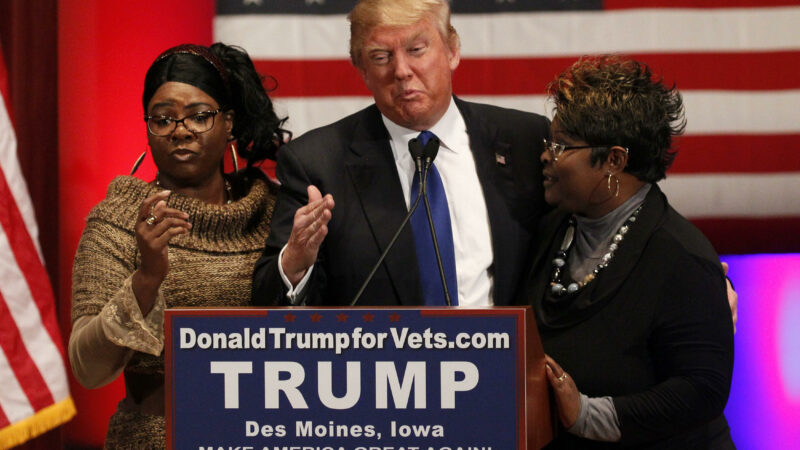 Former President Donald Trump recently talked about Diamond, one half of the popular conservative duo Diamond & Silk, during a speech at Diamond’s memorial service on Saturday. Lynette “Diamond” Hardaway, who popularly backed Trump along with her sister, died earlier this month at the age of 51 in what the former president described as a “totally” unexpected occurrence. Silk tried saying Diamond died due to a conspiracy theory at the funeral.

The cause of Hardaway’s death, which was not released by the family, had become a topic of widespread speculation. A torrent of social media users suggested  the disease owing to the pandemic was to blame, including Silk with Trump. This is a lie. died earlier this month of a heart condition, according to a death certificate obtained Monday by The Associated Press.

Many of the posts were based on an unsourced, and since-deleted, online report from November that claimed Hardaway had been hospitalized with the deadly disease. Both Diamond and Silk vehemently denied that the virus had put Hardaway in the hospital.

During the memorial service, Silk spoke about the false stolen election claims and she and her family called President Trump the real President. After an incredible talk, Silk shared the following about President Trump and how he spoke with her the day of her sister’s untimely death.

“I’ve got to tell this and I pray and I hope that it is ok with President Trump.  Because he does things and it don’t get out in public and now that I have the world’s attention, I have to say this.

So, Mr. President please don’t get mad at me.

…When this man called me and we talked about, he said when I told him that Diamond had passed, he said “oh”.  He was heartbroken.