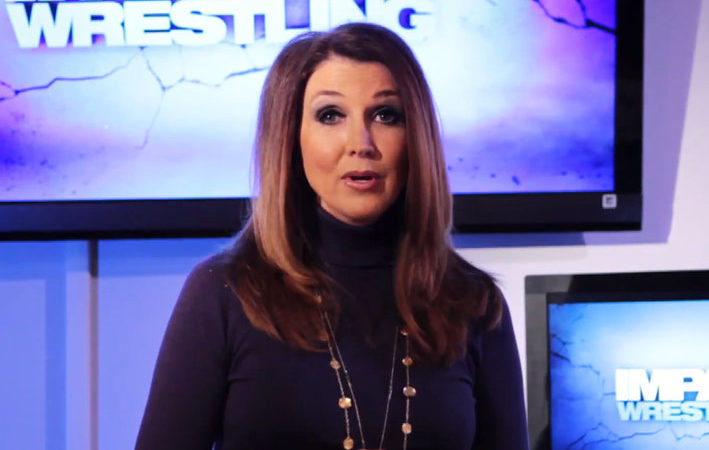 TNA President Dixie Carter responded to reports of the relationship between TNA and Destination America going bad after she allegedly sent an angry email to a Destination America executive while talking with Pwinsider.com about Impact Wrestling airing on Pop TV in 2016.

“Let me just say there’s been a lot of false things that have been reported on as it relates to that partnership and I have attempted to take the high road, and you know, through the whole thing. If I was to respond to every single little thing that came up, I would sit there 24 hours a day doing so So, no, every…I think now people can tell that was reported was false, and everything is completely future-focused. I cannot wait until January 5th, and it will be not just a new year, but there is going to be a completely new vibe to everything as it relates to Impact Wrestling. You’ll feel it within the show. With how it’s marketed. How it’s publicized and just the energy around us is to be a whole other level.”