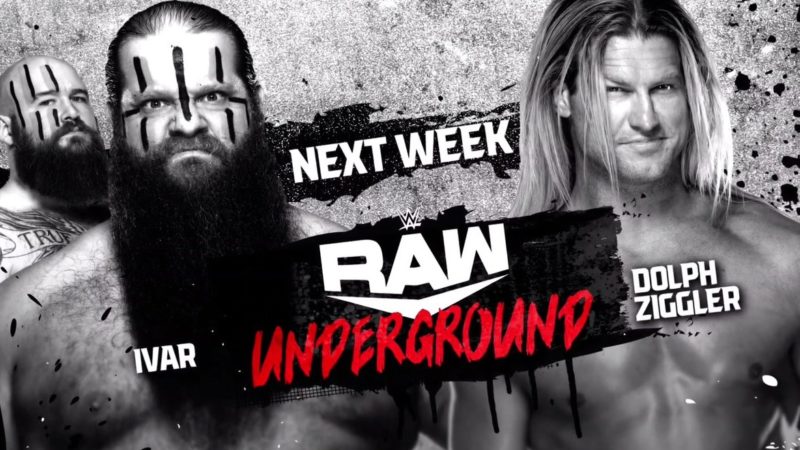 A match for next week’s Raw Underground has been announced.

On Monday night’s episode of WWE Raw, it was announced that Ivar of The Viking Raiders will be going one-on-one against Dolph Ziggler on Raw Underground.

The official Twitter feed for WWE released the following announcement regarding the Ivar vs. Ziggler showdown on Raw Underground next week.