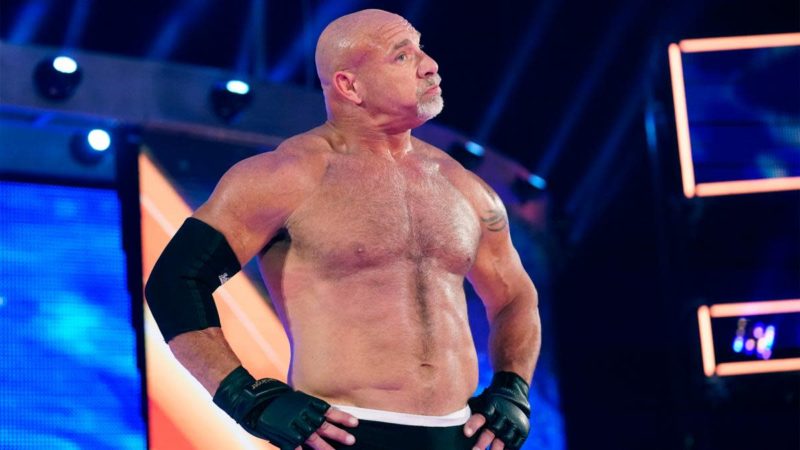 Dolph Ziggler is not a fan of the style of wrestling of WWE Hall-of-Famer Goldberg.

One half of the new WWE SmackDown Tag Team Champions shared two pictures of himself, 15 years apart, on Twitter. One of his fans commented that Dolph Ziggler could likely become the “2035 version of Goldberg” another 15 years later.

Well, maybe 15 years later you will be wwe 2035 version of goldberg,

To that Dolph Ziggler replied that he will not, because he is “good at wrestling”, taking a shot at the veteran’s in-ring skills.

The two met at SummerSlam 2019, where Goldberg demolished the other in a couple of minutes before landing spear after spear on a defeated Ziggler.

Goldberg to challenge Drew McIntyre for the WWE Championship

Goldberg returned to television in the January 4 episode of RAW, which was also Legends Night. He stood face to face with the WWE champion Drew McIntyre and challenged him to a title fight at Royal Rumble.

The Scottish Psychopath said that to wrestle Goldberg would be like wrestling his own father, which incited the latter to get physical. Goldberg pushed McIntyre to the ground, and the two engaged in a brawl as RAW went off air.

McIntyre could not appear in person in next week’s episode of the Red Brand for being tested COVID-positive. However, he did address Goldberg’s challenge and accepted it. The champion revealed that initially he had no intention of wrestling him, but it is only after he laid hands on McIntyre did the latter change his mind.