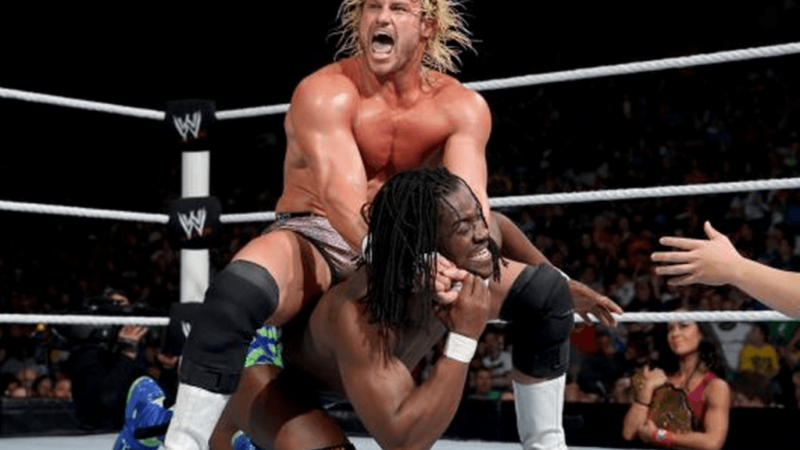 Dolph Ziggler was given permission to travel throughout the country doing stand up comedy for a while owing to his unique WWE contract. Now it seems that he is back.

Ziggler spoke to Sunday Night’s Main Event, where he revealed that his plan to return and square off against Kofi Kingston was something that was planned three months in advance. So it was definitely not a last-moment decision. He confirmed that he has returned as a full-time Superstar with WWE.

Ziggler teamed up with Kevin Owens this week on Smackdown Live and faced off against Heavy Machinery, the winner of the match would be inserted into the SmackDown Tag Team Title match at Extreme Rules. Heavy Machinery won the match in the end.

After the match, Owens attacked Ziggler, supposedly turning babyface in the process. So now a match between the two at Extreme Rules might happen.