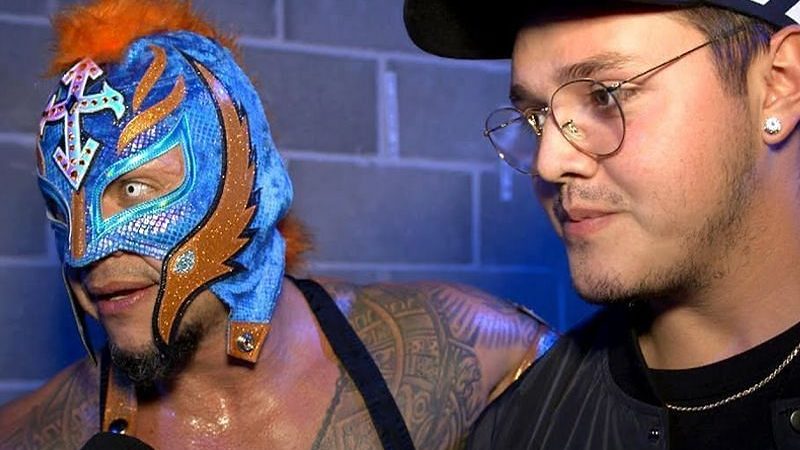 Dominik Mysterio has been making a splash in WWE ever since his in-ring debut at SummerSlam. He has made quite the impression appearing in several matches as part of the rivalry between the Mysterio Family and Monday Night Messiah, Seth Rollins.

In a recent episode of RAW, Rollins appeared in the ring with a ‘conclusive DNA report’. He called the Mysterio family out, and first claimed that Rey Mysterio is not the father of Dominik. He then went on to claim that it is his sister Aalyah who is not Rey’s real daughter.

This whole storyline felt a bit too familiar to the older WWE fans. Back in 2005, Rey Mysterio and late Superstar Eddie Guerrero were involved in a feud over Dominik’s custody. In an interview with Metro.co.uk, Dominik shared his experience from that time.

Dominik had his first on-screen appearance as his real-life father Rey Mysterio and Eddie Guerrero feuded over his storyline custody. Only a child actor at the time, Dominik shared that the biggest challenge he faced was to convince his schoolmates that it was only a stipulation.

“For me, it was harder to have to explain to the kids at school who my dad was. I think that was the most challenging part.”

His friends and teachers at school thought the storyline to be true and came up to him asking who his real father was.

“Oh yeah, 100% people were coming up to me asking me – even teachers, they were like, “Who’s your father, Dominik?” I’d be like, ‘Well it’s Rey Mysterio, this guy right here, Oscar’. It was crazy.”

The storyline ultimately culminated in a Custody of Dominik ladder match at SummerSlam 2005 which Rey Mysterio won.

On working with Eddie Guerrero

Even though Dominik was only eight at the time, he fondly remembers the time spent travelling and working with his dad and his best friend, Eddie Guerrero. He recollected how Guerrero would offer him candies in between takes.

“Oh man. He was just such a good guy, you know? Seeing him with my dad, they were best friends. And I remember in between takes that we would do of vignettes, he would give me Twizzlers, Red Vines, Lemonheads, bunch of candy.”

Dominik expressed regret that Guerrero could not be there to see him make his debut at SummerSlam.

“I wish he was there [at SummerSlam] that day [to see my debut]. It is what it is. We miss him, we love him. He’s one of the greatest of all time.”

15 years later, he competes in his first match. pic.twitter.com/Htbda1XI0I