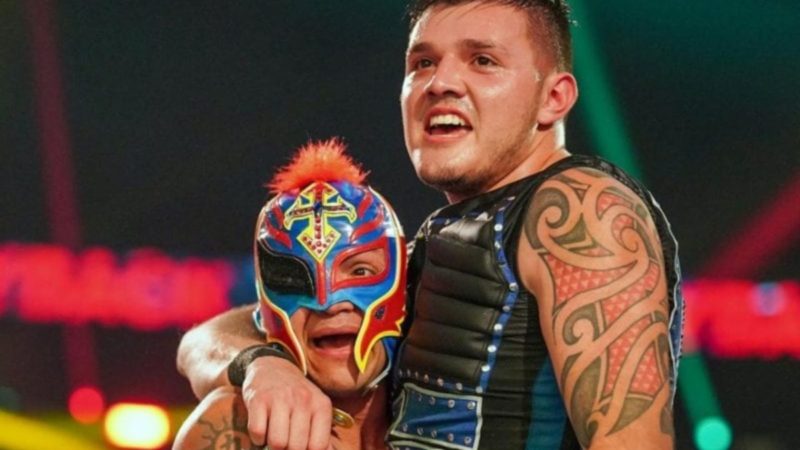 Dominik Mysterio has put on quite an impressive performance on WWE RAW since his in-ring debut at SummerSlam. The Mysterio family’s feud with Seth Rollins has taken a new turn now, involving a possible romantic angle between Dominik’s sister Aalyah and Rolliins’ former disciple Murphy.

Dominik recently appeared on The Chris Van Vliet Show podcast. He talked about his favorite matches of his father Rey Mysterio. He also shared the best advice Rey has given him.

Dominik Mysterio on the best advice from his dad

Dominik revealed that every mentor he has talked to have advised him to slow down and not rush things inside the ring. Other than that, the best advice from his father Rey Mysterio was to pay attention to the opinions of those who love and care for him the most.

“In-ring, slow down. Always. That’s the best advice – from everyone I’ve talked to, everyone always tells me to slow down. That’s the best. My dad has given me so much advice outside the ring, and I think one of the more important things he said to me is to worry about the people that care about you because their opinions are what matter most. He says because everyone has their opinion and they can think what they want, but the people that care for you and love you are gonna tell you exactly how it really is.” H/T 411 Mania

On his favorite matches of Rey Mysterio

Dominik was asked to name some of his favorite matches of his dad. Rey Mysterio has had a long and glorious career in pro wrestling. Dominik said the match that stood out for him was the Cyber Sunday match with Fit Finlay. He also named the WrestleMania 22 triple threat match against Kurt Angle and Randy Orton, and the 1997 Halloween Havoc match with Eddie Guerrero.

“I was a big fan of the Cyber Sunday match he did with Fit Finlay – I thought that was a great match. I think they did a Stretcher Match. I loved those Cyber Sundays, I thought they were so unique and cool. That match stands out to me – I love that match. His first Super J Cup in Japan with Psicosis – they tore the house down, they did every lucha move in the book and absolutely killed it. I loved his match with Sabu at One Night Stand – if they were able to finish that through, it would’ve been one for the books. Also, his WrestleMania 22 moment against Kurt [Angle] and Randy [Orton] – that’s such a great match with storytelling and physicality and everything. It’s just so good. Of course, I can’t forget his 1997 Halloween Havoc match.”

Dominik and Rey Mysterio have been drafted to SmackDown on Night One of WWE Draft, and so has Seth Rollins and Murphy. Their ongoing feud is likely to continue on the Blue brand now.

Dominik also revealed the Superstars he would like to face in the ring. He named Randy Orton, Roman Reigns, and NXT’s Adam Cole among the possible future opponents.