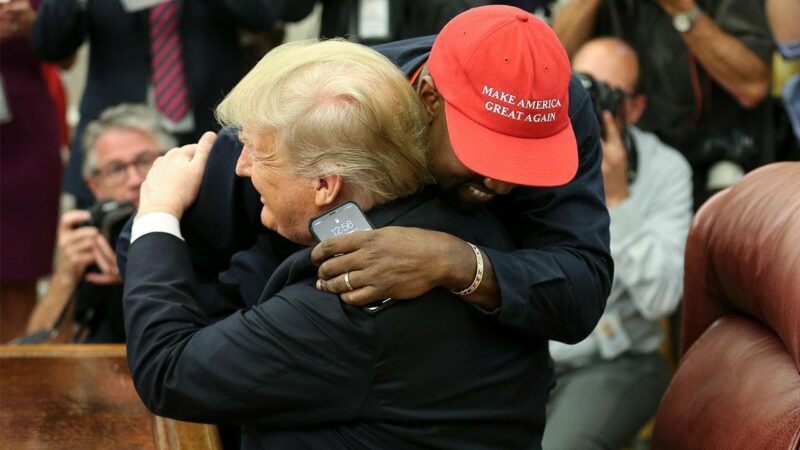 Donald Trump has posted on Truth Social about his meeting with Kanye West, Trump wrote: “Ye, formerly known as Kanye West, was asking me for advice concerning some of his difficulties, in particular having to do with his business. We also discussed, to a lesser extent, politics, where I told him he should definitely not run for President, ‘any voters you may have should vote for TRUMP.’ Anyway, we got along great, he expressed no anti-Semitism, & I appreciated all of the nice things he said about me on ‘Tucker Carlson.’ Why wouldn’t I agree to meet? Also, I didn’t know Nick Fuentes.”

WWE legend Iron Sheik often blasts individuals on Twitter and this time around it is Kanye West(now known as Ye). Ye has been grabbing the headlines for some controversial reasons recently. This is largely due to him wearing a ‘White Lives Matter’ t-shirt during his Yeezy fashion show. Not only that, he came under fire for his recent anti-Semitic remarks. He stated that he’ll go “Death Con 3 On Jewish People.” West was even accused of saying he loves Adolph Hitler.

KANYE WEST FUCK YOU FUCK THE NAZIS AND GO FUCK YOURSELF FOREVER. YOU ARE THE JABRONI OF THE EARTH

Recently, the back-and-forth between the NBA legend Shaquille O’ Neal and Kanye West recently started after O’Neal criticized Kyrie Irving, who faced backlash for posting a link to Hebrews to Negroes: Wake Up Black America!, a film that is widely regarded as antisemitic.

“It hurts me sometimes when we have to sit up here and talk about stuff that divides the game. Now, we have to answer for what this idiot has done,” O’Neal said on TNT, referring to Irving.

O’Neal then replied to West’s comments, using the rapper’s own lyrics:

“Believe me you don’t know me like that,” he said. “Worry about your business, and to quote the once great Kanye west ‘I got more money than you, so why would i listen to you’ take my advice get your family business in order. Have a great day brother.”

On the latest episode of The Big Podcast With Shaq, O’Neal said he understands West’s situation: