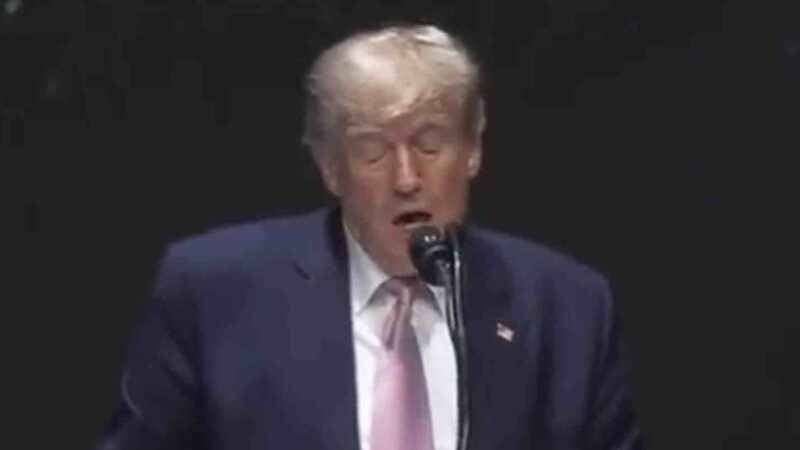 Former President Donald Trump recently talked about Silk, one half of the popular conservative duo Diamond & Silk, during a speech at her late sister Diamond’s memorial service on Saturday. Lynette “Diamond” Hardaway, who popularly backed Trump along with her sister, died earlier this month at the age of 51 in what the former president described as a “totally” unexpected occurrence. Trump made an appearance at the North Carolina service where — in addition to reflections on Diamond — he railed about inflation and gas prices as he listed a string of political grievances.

Donald Trump talks about the duration of the memorial service

Trump also went on about the length of the three-hour-plus service, which he said was a “little longer than 15 minutes.”

I can tell you one thing for sure, because he said it himself 5 times, Trump was definitely NOT expecting to sit through 3+ hours of hymns and stories at Diamond’s memorial service today: “They said about 15-20 minutes, in and out. This is a little longer than 15 minutes, right?” pic.twitter.com/IZgRioU3Iq

The former president, who visited with the duo in the White House and looped them into rallies in the past, referred to Diamond as one of the world’s “brightest stars” before making an odd remark about her sister.

“I’m serious, I thought I knew them both. I didn’t. I knew Diamond but I didn’t know Silk at all. I just learned about Silk. You’re fantastic,” Trump said.

Trump later spoke about the crowd at the memorial service before he used his time on stage to dive into how planning went for the event.

“The chapel wouldn’t have held the kind of people, the number of people that we have,” Trump said.

“And we’re doing it right and that’s the way it should be and I did notice a big line of very, very nice vehicles outside. That’s got to be handled properly, right? So we’re going to handle it properly. Go out in style. She knew that. Go out in style.”