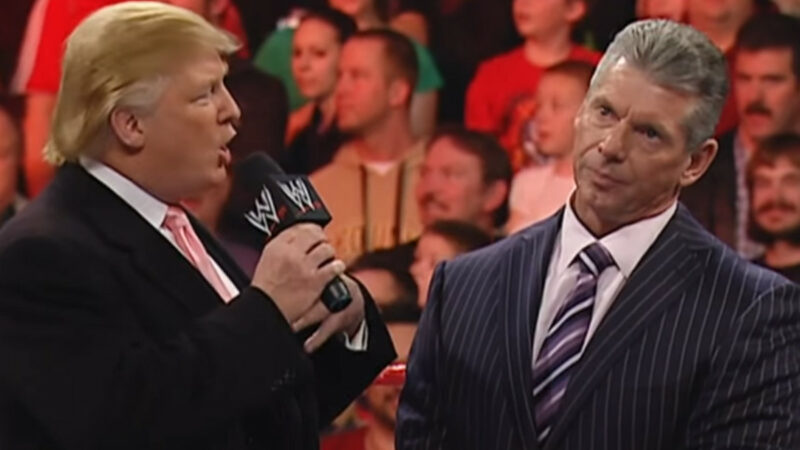 Former President of The United States of America Donald Trump’s son, Eric Trump recently broke his silence on a rumor surrounding his family.

Rumors have been swirling that the Trump family “doesn’t like” Don Jr.’s fiancée, Kimberly Guilfoyle — but Eric Trump said he “thinks the world” of her.

“The vibe is that the family doesn’t like Kim,” says a source of PageSix. “She is trying too hard to be in the family.”

But Eric told PageSix when they reached out to him for comment:

“I completely disagree with the narrative and happen to think the world of Kimberly.”

It has been reported that Don Jr. and Guilfoyle held a party at their $9.7 million Palm Beach, Fla., mansion this week for Toys for Tots that was DJ’d by Detroit rapper Kid Rock.The extravagant party has been estimated to have 300 guests.

While Ivanka Trump and Jared Kushner did not attend, it was further reported that:

“They were invited to go, it was [Jewish sabbath] Shabbos. They have a good relationship. It’s just the rumor mill.”

In addition to this, it has been noted that Donald Trump came to the fundraiser for half an hour, but left before a “holiday boat parade.” Eric Trump and his wife, Lara, were also in attendance. Eric had only kind words for Guilfoyle and reportedly told:

“I am best friends with Don and had an absolute blast at the party.”