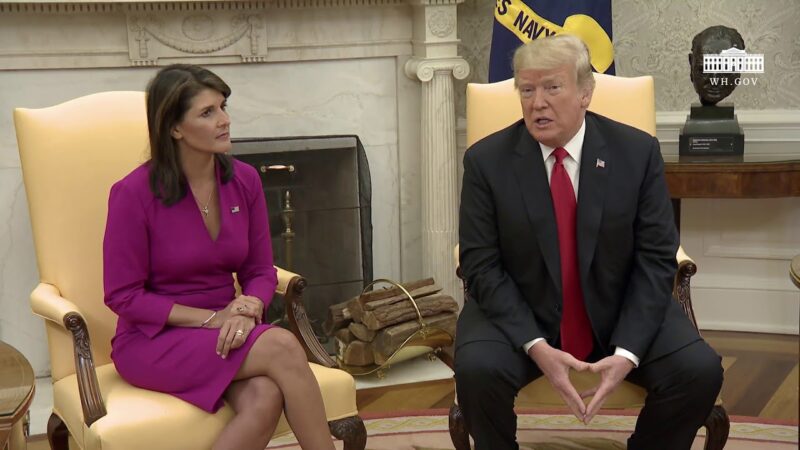 Mike Pompeo, the former secretary of state, accused Nikki Haley of plotting with Jared Kushner and Ivanka Trump to be named vice-president, even while she served as Donald Trump’s ambassador to the United Nations.

Mike Pompeo opens up on the matter

Describing his own anger when Haley secured a personal Oval Office meeting with Trump without checking with him, Pompeo writes that Haley in fact “played” Trump’s then chief of staff, John Kelly, and instead of meeting the president alone, was accompanied by Trump’s daughter and her husband, both senior advisers.

As best Kelly could tell,” Pompeo writes, “they were presenting a possible ‘Haley for vice-president’ option. I can’t confirm this, but [Kelly] was certain he had been played, and he was not happy about it. Clearly, this visit did not reflect a team effort but undermined our work for America.”

The Haley story is not the only startling scene in a book which also says Trump had the “nutty idea” that Pompeo could be secretary of state and secretary of defense at the same time.

But the story about Haley is firmly in the vein of Washington reportage and tell-alls that Pompeo claims to disdain. It also adds weight to stories which said Trump did indeed consider dumping his vice-president, Mike Pence, for Haley, a rumor Trump was compelled to deny in 2019.

It will also add to intrigue around reports that Kushner’s family is fundraising for Haley ahead of her 2024 run.