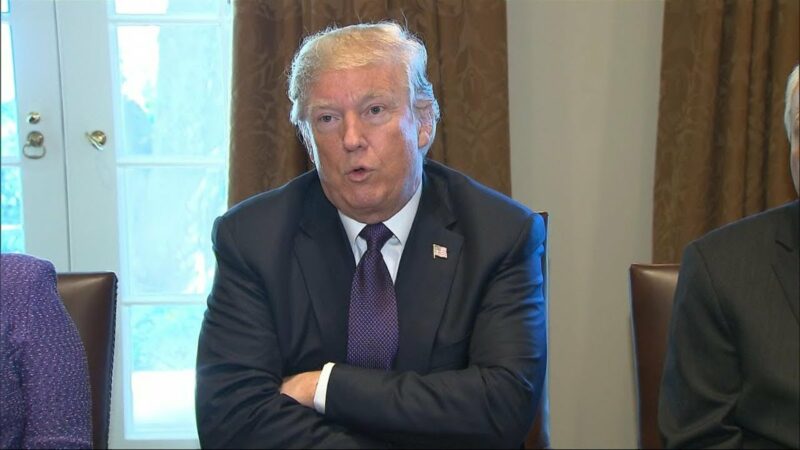 Former President Donald Trump’s former personal attorney, Michael Cohen, met the Manhattan district attorney’s office on Tuesday. It is the clearest sign that prosecutors are zeroing in on the Trump Organization’s involvement in hush-money payments made to adult film star Stormy Daniels.

As he arrived at the building Cohen said he was complying with a request to meet with prosecutors.

“Called. Asked to come in. That’s what we’re doing,” he said.

About 90 minutes later, Cohen left with his attorney, Lanny Davis, and said, “The meeting went very well.” He added that prosecutors asked him not to disclose the substance of what was discussed but, Cohen said, “It appears that I’ll probably be meeting with them again.”

Davis said he believed prosecutors were “serious” about the investigation.

Cohen previously met with Manhattan prosecutors 13 times over the course of their sweeping investigation into the Trump Org. Their meeting on Tuesday is the first in more than a year.

It has been noted that the focus of the DA’s investigation has returned to the $130,000 payment made to Daniels to stop her from going public about an affair with Trump just before the 2016 election, people familiar with the matter said. Trump has denied the affair.

The district attorney’s office has also reached out to Keith Davidson, who represented Daniels in the hush money deal, in recent weeks but he has not been scheduled for an interview, a person familiar with the matter said.

Cohen was a key player in the hush-money scheme. He facilitated the payments and was reimbursed by the Trump Org. for advancing the money to Daniels. Cohen pleaded guilty to nine federal charges, including campaign finance violations, and was sentenced to three years in prison. Prosecutors are also looking into potential insurance fraud after new material came to light from the New York attorney general’s civil investigation into the accuracy of the Trump Organization’s financial statements, the people said.

On Friday, the Trump Organization was sentenced to a $1.6 million fine after it was convicted last month of a running a decade-long tax fraud scheme.

Bragg told CNN on Friday that the sentencing represented the closing of one chapter in the office’s investigation, but they are moving onto the next phase.

“It’ll go as long as the facts and the law require,” Bragg said when asked how much longer the yearslong investigation will continue. “But as I said today, we ended a very important chapter. So, a good part of the year was focused on this very, very consequential chapter and now we move on to the next chapter.”

Bragg inherited an investigation focused on the accuracy of the Trump Organization’s financial statements, but he did not authorize prosecutors to move forward to seek an indictment. At the time, he said when the investigation is over he would either publicly announce charges or that the probe had closed.