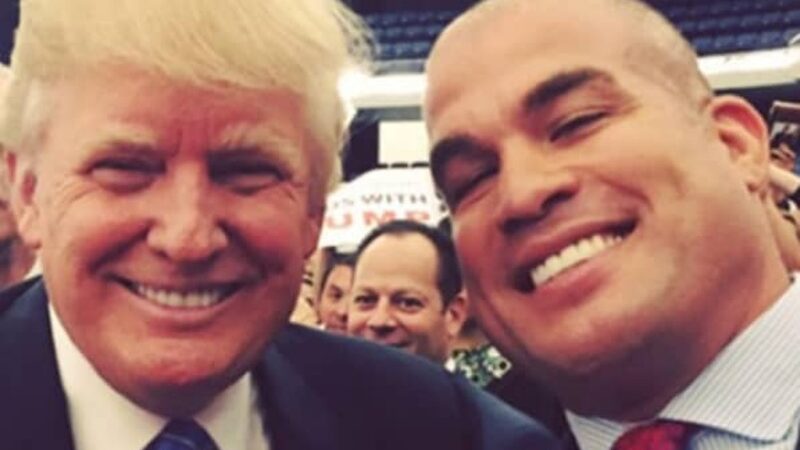 Blaine Henry of Fight Library recently reported on Twitter that the former President of the United States Donald Trump will only commentate on the bout between Evander Holyfield and Vitor Belfort. There have been some rumors that he would commentate on other fights including the one between Tito Ortiz and Anderson Silva but it turns out that is just a rumor and is contrary to reports that he’ll commentate on the entire Triller PPV. Vitor Belfort Wife Beach Swimsuit Photo Leaks

Legendary boxer Mike Tyson could be having a bout with Evander Holyfield and it was planned earlier this year. While Triller hopes to make the fight happen.

Holyfield is set to return to the ring on Saturday in the main event of Triller Fight Club Legends 2 against Vitor Belfort. It is already an exciting bout and on top of that Tyson will be in attendance for the bout and Triller hopes if Holyfield wins, they will make Tyson vs. Holyfield 3.

“Mike Tyson expected to be in the building tomorrow night for Evander Holyfield-Vitor Belfort. Triller hopes it’s a prelude to a Tyson-Holyfield event.”

Although Triller hopes to do Mike Tyson vs. Evander Holyfield, just a couple of days ago, Ryan Kavanaugh, the CEO of Triller said he doubted the fight would happen. He said Tyson was scared to fight Holyfield, but if “Iron” is going to be in attendance, perhaps the fight will be made.

“We know he is trying to stage a fight with Lennox Lewis,” Kavanaugh said about Tyson to Sky Sports. “We have been told that he is scared to fight Evander. There has been back and forth hoopla, there is a massive payday ready for Mike to fight on Thanksgiving. A massive payday, one of his biggest. But we can’t seem to push it along. Now I have heard, from a number of reliable sources, that Mike is too scared. He thinks Evander would knock him out.”

Tyson and Holyfield had first fought in November of 1996, where Holyfield earned a TKO win over Tyson. They went for a rematch that following June where Tyson was DQ’d for biting Holyfield’s ear. They could potentially have a huge money trilogy fight.