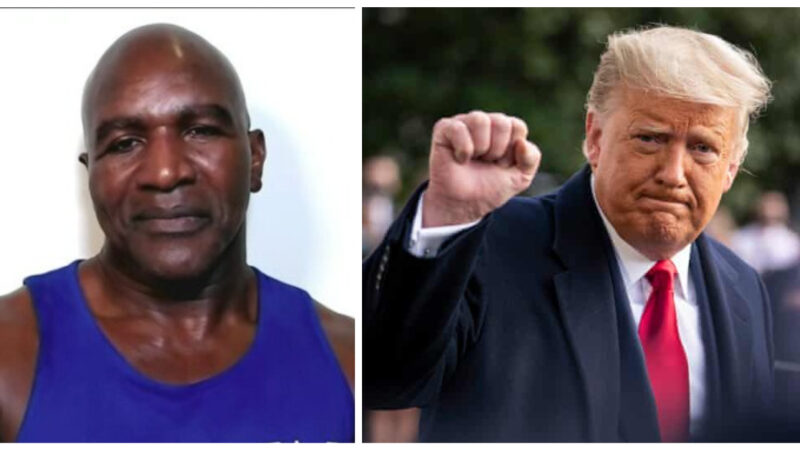 Boxing promoter Bob Arum while speaking to ESNEWS recently claimed that Donald Trump ripped him and Evander Holyfield. He alleged that the former US President “screwed us, [George] Foreman and Holyfield” for a two and a half million dollars. According to Arum, if Trump is doing the commentary, then he “should not be charging anything” and rather said he should “pay Holyfield back the money he stole from him.”

Trump is set to provide guest commentary for the Evander Holyfield vs. Vitor Belfort fight this Saturday on pay-per-view on FITE.

The event will feature three broadcast options — English, Spanish, and a third option featuring Trump, UFC star Jorge Masvidal, and former WWE commentator Todd Grisham. Viewers will be able to toggle between the broadcasts from the device in which the show was purchased. Evander Holyfield ‘Slurring’ In Heartbreaking Video

“I love great fighters and great fights,” said Trump. “I look forward to seeing both this Saturday night and sharing my thoughts ringside. You won’t want to miss this special event.”

In addition to Holyfield vs. Belfort, the show features Anderson Silva vs. Tito Ortiz in a professional boxing bout, David Haye making his professional comeback against Joe Fournier, and Andy Vences vs Jono Carroll. The event is available at TrillerFightClub.com, FITE or on local cable/satellite and iNDEMAND partners throughout the USA and Canada.