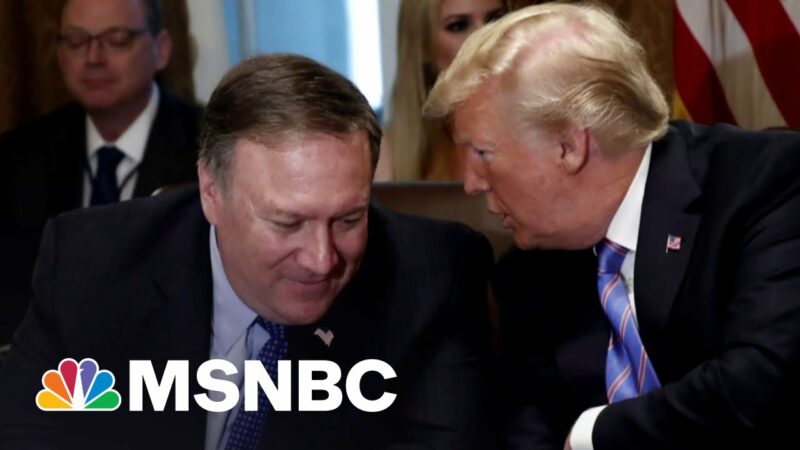 Former Secretary of State Mike Pompeo stated in his forthcoming memoir that former President Donald Trump told him to “shut the hell up” about China in the early stages of the pandemic as Semafor reported on Thursday.

“My Mike, that f—— guy hates you!” Trump reportedly said to Pompeo in March 2020 after a call with Chinese President Xi Jinping. The disagreement was detailed in Pompeo’s new memoir “Never Give an Inch,” which is set to be released next week, Semafor reported.

Xi had also warned Trump on the call that his secretary of State was endangering the recently signed “phase one” trade deal, which sought to rein in the trade war between Washington and Beijing.

It has been noted that the call came a day later after Pompeo created a stir at a meeting of foreign ministers from the Group of Seven, accusing China of engaging in a disinformation campaign on the pandemic and calling for the virus to be named after the Chinese city of Wuhan where it was first detected.

Several days later, Trump accused of Pompeo of “putting us all at risk” by angering Xi, telling him, “Stop, for God’s sake!”

Trump was reportedly also concerned about obtaining protective health equipment from China as the pandemic took hold around the world, according to Semafor.

Pompeo is currently considering a 2024 bid for president, putting him at odds with his former boss. While the former secretary of State is waiting to make an announcement on the subject until the spring, Trump launched his own campaign just one week after the midterm elections in November.