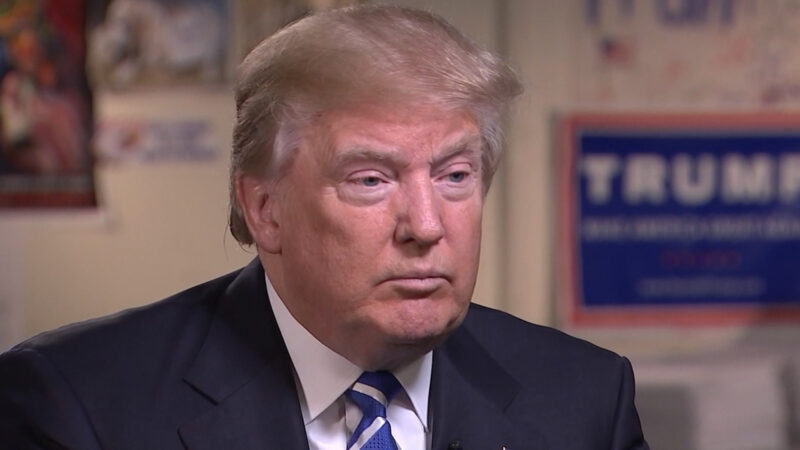 In 2019, writer E Jean Carroll accused Trump of raping her in a department store dressing room in the mid-1990s. Trump denied the accusation and called her a liar out to sell books. She then sued him for defamation.

Donald Trump called the Carroll a “nut job” in video testimony last year and falsely claimed she had enjoyed being sexually assaulted – prompting her lawyer to ask if he was admitting he had raped her, according to freshly unsealed testimony.

Donald Trump opens up on the allegations

Questioned for a lawsuit, Trump, the former US president, angrily hurled insults and threatened to sue the columnist who accused him of raping her in the New York upscale department store Bergdorf Goodman in the 1990s, according to excerpts of his videotaped testimony. The tapes were recorded last October and unsealed by a court on Friday.

The New York court on Friday also rejected as “absurd” Trump’s attempt to have dismissed the two lawsuits against him by Carroll, alleging rape and libel. An April trial is planned.

“She said that I did something to her that never took place. There was no anything. I know nothing about this nut job,” he said, according to the transcript of the October testimony.

The excerpts reveal a contentious battle in the civil case, between Trump and Roberta Kaplan, a lawyer for Carroll, who questioned him as Trump called Carroll, a former longtime Elle magazine columnist, the perpetrator of “a complete scam.”

He accused her of describing the alleged rape as she “was promoting a really crummy book”.

“I will sue her after this is over, and that’s the thing I really look forward to doing. And I’ll sue you too,” he told Kaplan.

Trump said he knew it wasn’t “politically correct” to say “she’s not my type” when he previously responded to claims, shortly after Carroll’s 2019 book was published. The writer alleged she was attacked by Trump in a dressing room after they had a chance meeting in the store and she agreed to help him pick out lingerie for a friend.

Trump called Carroll “sick, mentally sick”. He mischaracterized an interview Carroll had given on CNN, falsely claiming she had talked about enjoying being sexually assaulted.

“She actually indicated that she loved it. OK? She loved it until commercial break,” Trump said. “In fact, I think she said it was sexy, didn’t she? She said it was very sexy to be raped. Didn’t she say that?”

Kaplan then tried to elicit from Trump that he had raped her client.

“So, sir, I just want to confirm: it’s your testimony that E Jean Carroll said that she loved being sexually assaulted by you?”

“Well, based on her interview with [CNN’s] Anderson Cooper, I believe that’s what took place. And we can define that … I think she said that rape was sexy – which it’s not, by the way.”