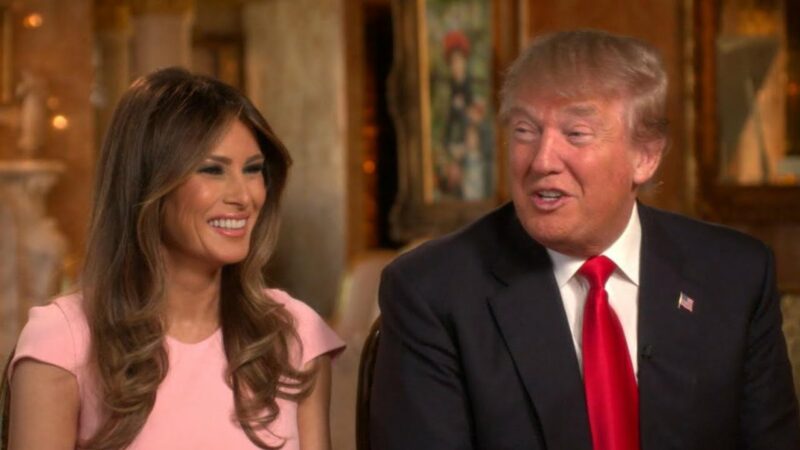 Former President Donald Trump was recently spotted driving around while listening to some good old Taylor Swift. A video of the former US President sitting in his Rolls Royce listening to ‘Blank Space’ has started going viral.

The video was posted to Melania Trump’s Facebook page is from 2014, as per a Billboard report. The ‘1989’ single ‘Blank Space’ was brand new then and stirring up the world of pop music. Trump was driving his family around, with son Barron (then 8 years old) sitting in the front with him and Melania recording the video from the backseat.

“Every single intricacy of this is so incredibly baffling,” wrote one Twitter user.

Donald trump listening to Taylor’s Blank space is something I’ll never get over..idk how to react lmaoooo

Donald Trump quietly driving his Rolls Royce while listening to Taylor Swift’s “Blank Space", filmed by Melania from the back seat with flash on.pic.twitter.com/92K1dvPJ7V

Taylor Swift does tend to sneak into incredibly unrelated discussions sometimes. For instance, last year, Elon Musk had restored Kanye West’s account on Twitter around a month after the rapper was banned for violating Twitter policies with a tweet about going “death con 3 on Jewish people”. He had received widespread criticism for allegedly displaying “anti-Semitic” sentiments.

After being reinstated on Twitter, Ye had tweeted out a “Shalom :)”, once again bringing the criticism to the forefront. Israel’s Twitter account screengrabbed Ye’s tweet and wrote, “We would very much like to be excluded from this narrative”. Musk, who had welcomed Ye back, wrote, “Your tweets are good! More countries should tweet like this. No fun being all stuffy.”