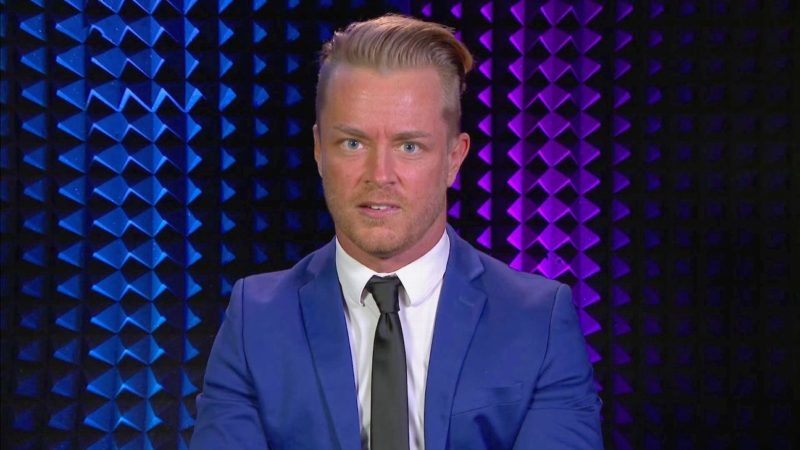 While chatting with the media outlet, Maverick described the emotional roller-coaster he experienced when he went from losing his job with WWE as part of the company’s massive COVID-19 cutbacks in April to getting re-hired almost immediately afterwards.

Also during the interview, the former on-air shot-caller for WWE’s cruiserweight division spoke about teaming up with Breezango for night two of WWE’s NXT Great American Bash special event.

Check out some of the highlights from the new Drake Maverick interview with Newsweek below.

On teaming up with Breezango at the WWE NXT Great American Bash Night 2 special:

“You’re going to see a very different side from the three of us. Between the three of us there’s 50-60 years of experience in the job and those guys can excel in the serious situations, so it’s one that you’re not going to want to miss.”

On the emotional roller coaster of getting released as part of WWE’s COVID-19 cutbacks in April and then getting re-signed:

“It’s been the wildest ride emotionally that you’ll ever understand. And that goes with just what’s going on in the world as well. It’s just the weirdest time. Those who know me know that wrestling is right there. The earliest and latest memory of me is me watching wrestling. Right before this phone call, I was watching wrestling—so is life. I have such a passion for this and I think that comes through the TV screen and when I was doing the tournament, as much as I’m accustomed to being put in situations to make people laugh and joke, what I really excel at is the serious situations. And I really pride myself on being a jack of all trades. The most comfortable I’ve ever been was going through this tournament as a competitor and I know that won’t make a lot of sense, but I was allowed to just be me. And I didn’t have a role, I didn’t have to think, I just did what I would naturally do and that’s just be me. It was the most I’ve ever learned in the industry, and the best I ever felt in the industry. No matter what’s going to happen, I’m just going to be me and I’m very proud to have turned a bad situation in my life in my favor because that’s what it was, man. The lowest of lows, the highest of highs, to the bits in between to even higher, you know what I mean. I’m sure it was compelling for people watching, but trust me, living those few months was not that fun. I just did whatever I could to hold onto this crazy dream that little James had.”

On what he has learned about himself throughout the experience:

“Just that it’s OK to be you. One of the things that was very tough, and I feel a lot of men go through this, is that we are expected to be “men” in every situation. In wrestling, we’re expected to be alpha males and not react to things. But for the first time I was like, “You know what, I’m not afraid to let anyone in to who James is. Who this person is and who I am and how much [wrestling] means to me.” So I’m going to sit in front of this camera and I’m going to let everyone know and hopefully you can see it in my face and whatever happens happens. And that you can all see how much this means to me and how much I’m going to put into the last three matches that I had, because that’s all I have and I don’t know what’s going to happen in the future, but just know that you will have my everything. And that was the big thing, just being James was what people wanted more than a hokey, little bad guy or a weaselly little guy who can’t consummate his marriage; they just wanted me as a person and they connected with me 10 times easier when I was me. So I’m just happy now that I don’t have to think about a promo or what I do next. I just think about what I would do in a real situation. That was one of the best things as a WWE competitor that I ever learned.”