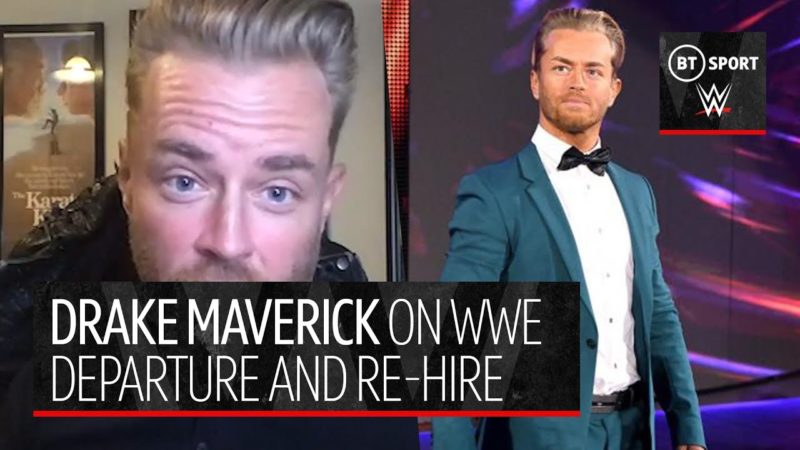 WWE superstar Drake Maverick recently discussed all things pro-wrestling during an interview with BT Sport. Highlights are below.

Maverick on how his story compares to Rocky Balboa:

“I’ve never been in a situation where, no matter how good the match was, all they cared about was me winning. It was honestly like watching the Rocky movie. It didn’t matter what happened, as long as Rocky won. They just stuck with it the whole way and hoped to see Rocky win. That was what registered the most with me. All they cared about was a guy winning. That’s the beauty of pro wrestling at the same time. To be that guy, I’m just blessed.”

Maverick on making the most of his opportunity after being released:

“This is what I have. I’m going to make it work. I’m going to give my absolute everything in the ring because the WWE Universe hasn’t seen what I can do in the ring,” he said. “A lot of people have before I got here, but now it’s time to show them absolutely everything. Because if I don’t give it everything, I don’t know where I’m going to be at the end of this.”

Full video below. (H/T and transcribed by Pro-Wrestling Sheet)