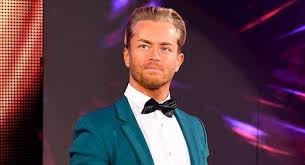 Drake Maverick was among the several WWE Superstars released during the April 15th mass exodus from the company. He released an emotional video shortly after his release. However, it seems he never gave up on his dreams.

During this week’s episode of NXT, Drake Maverick squared off against El Hijo del Fantasma for the NXT Cruiserweight Championship. It was a hard-hitting contest where both competitors gave it their all. Ultimately, El Hijo del Fantasma was successful and won the match.

Following the match, Maverick was crying in the middle of the ring. Fans chanted his name as he was making his way to the back. Then Triple H came out with an NXT contract and shook his hand. It seems Maverick’s determination paid off in the end as he is now back in WWE.

It was said WWE planned on re-hiring some of the released WWE Superstars, but those contracts would be worth less than what they were previously getting.

#WWENXT is the land of opportunity.