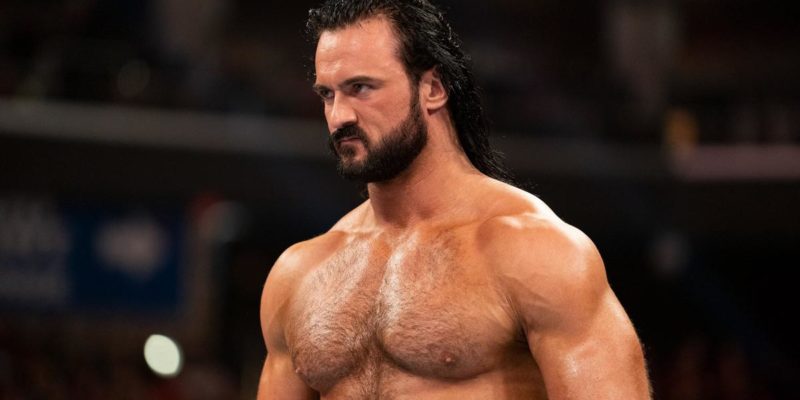 Drew McIntyre has been away from WWE for a few weeks now and there have been all sorts of rumors about his health and status with the company.

During a recent interview with The Bump, the former NXT Champion talked about a number of things and he also addressed his absence from the promotion.

McIntyre said that the reason for his absence is not a bone break or a muscle tear as some have speculated but he didn’t provide any further detail on his injury. The former Champion instead explained that we are going to see a whole new Drew McIntyre very soon:

“I’ve been gone for seven weeks now. I can tell everybody it wasn’t a bone break, it wasn’t a muscle tear, I was out for a specific reason. The last match I had was with Ricochet. You know he got the win and it turns out I was at 30% at the time. So Ricochet beat a 30% Drew McIntyre which is better than most people 100%, congratulations Ricochet, but I’ve been re-strategizing, refocusing and you’re going to see a whole new Drew McIntyre very, very soon. ‘First Round Pick’ Drew McIntyre.”

Apart from this, Drew McIntyre also talked about his future goals saying that the Universal Championship is his number one priority and he also discussed his first run with the company.