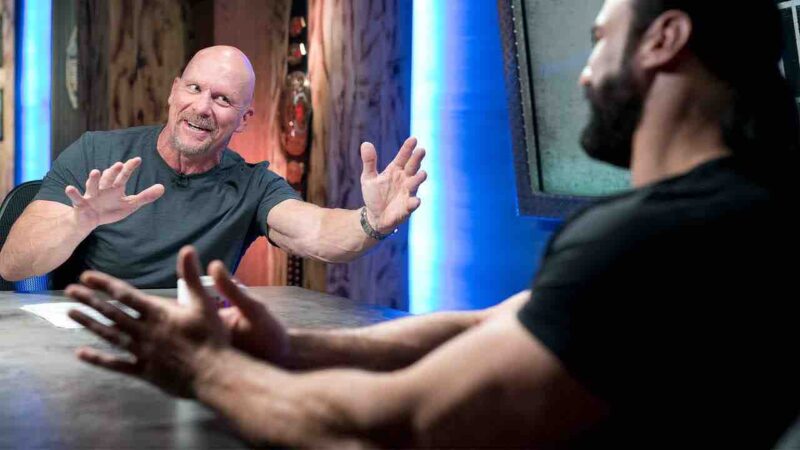 Drew McIntyre recently spoke with TalkSport , where he revealed the advice he gave Steve Austin before his match against Kevin Owens.

“I saw Steve right before he was going to start working on what he was going to do for ‘Mania,” McIntyre said. “I walked in like, ‘this is so crazy, you’re going to be on WrestleMania with Steve Austin.’ On the night of ‘Mania, I gave him some advice, which is also surreal. He hasn’t done this for 20 years and I could see, even though he’s a very confident, intense guy, the way the character is, that’s the way he is in real life. But no, I mostly just reminded him to breathe.

“I think that’s the one thing you forget when you’ve been out of the game for a minute. Even with the injuries I’ve had, you come back and you forget. The adrenaline is so high and the crowd is so loud, that you forget to breathe and you get blown up. We talked about that.”