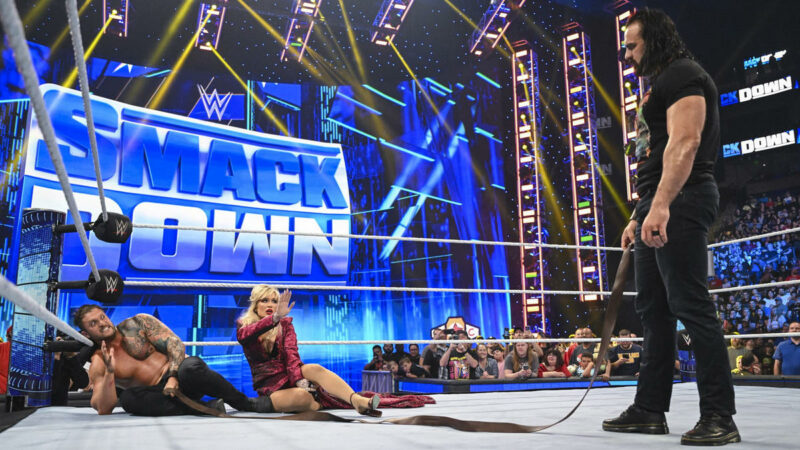 WWE put on an excellent SmackDown show this week, except for one moment. The moment involved a flash paper botch. The segment involved Drew McIntyre, Karrion Kross and Scarlett Bourdeaux. There came a moment in the segment when McIntyre was headed towards Kross, but Scarlett intervened and first threw a fireball at Drew and then gave him a low blow. According to Fightful select, the plan didn’t go as planned.

The segment has been criticized especially due to the flash paper which didn’t go well on live television. According to reports, the flash paper was reportedly brought to the Vivant Arena by the team that took the WWE jet to Salt Lake City for the show. It wasn’t picked up locally, so there could be troubles.

While things must change as fans were not receptive to the idea and had various things to say about the segment. Here are some tweets for your reading pleasure:

If she can see the future, did she know the flash paper bit was going to fail so colossally?#SmackDown https://t.co/06vTZP0vZt

It’s clear that people are not receptive to the idea of flash paper being used. The company must try to replace it going forward. It’s a given that the WWE would have taken note of this and the change would be on its way. While we cannot say if the change will happen instantly, the change though will happen.

Triple H is taking off things that don’t work and replacing them with those that do, and so this flash paper thing maybe the last of it. Whether WWE learns its lesson or not is something we will see in the foreseeable future.

What do you think of this situation? Sound off in the comments.