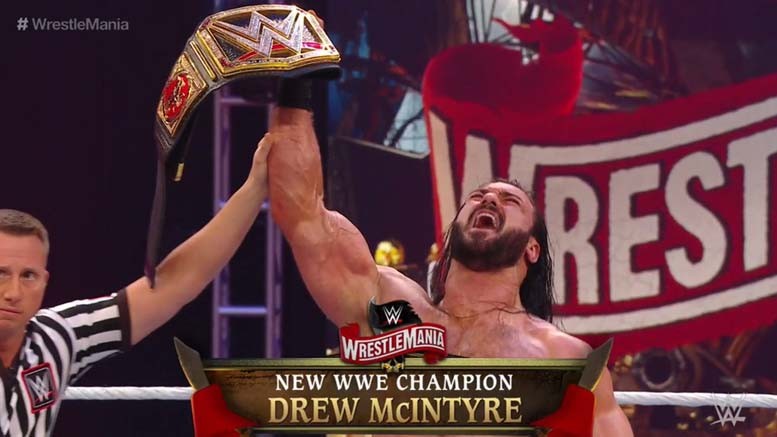 WrestleMania 36 is finally over. On the second day of the show of shows, the main event saw Drew McIntyre challenge Brock Lesnar for the WWE Championship. The ending certainly made a lot of fans happy.

Brock Lesnar hit McIntyre with two F5s and a few German Suplexes. Despite all that, he still kicked out. Then Lesnar hit another F5 but only managed a two count. Lesnar was visibly angry at this point.

Paul Heyman shouted at Lesnar to keep on hitting F5s all night if he had to. Then he got McIntyre up to his feet and tried to pick up Drew. However, Drew got free and then hit a Claymore Kick.

The final moments of the match saw McIntyre deliver two more Claymore kicks and then pin Lesnar for the win. Drew McIntyre has finally fulfilled his destiny and is the new WWE Champion.