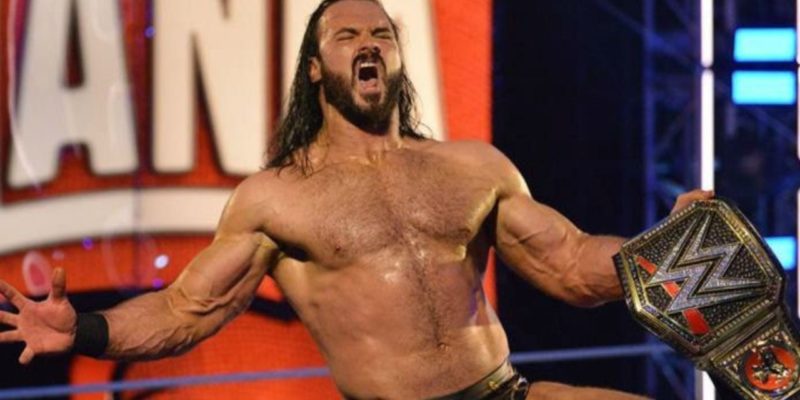 Boxing veteran Tyson Fury has been petitioning for a shot at newly crowned WWE Champion, Drew McIntyre and while speaking to talkSPORT in the morning after WrestleMania 36, Fury said he would do the same thing to McIntyre that he did to Braun Strowman at last year’s Crown Jewel event.

In response to Fury’s latest comments, McIntyre stated on the latest edition of The Bump that he is ready to knock Fury’s head-off.

The new WWE Champion seems ready to face the WBC Heavyweight Champion of the world once things get back to normal after the coronavirus pandemic is over and some superstars of the RAW roster get their fair shot at the WWE Title.

“Apparently Tyson Fury and I are feuding now. He’s been petitioning for a match with me. I want to let the world know that our Superstars are getting a freaking match before him, but if he keeps pushing I’ll knock his head off when things get back to normal.”

Having won the title from Brock Lesnar in a dramatic fashion at WrestleMania 36, McIntyre marked his first successful defense of the WWE Championship when he defeated The Big Show on this week’s edition of Monday Night RAW.