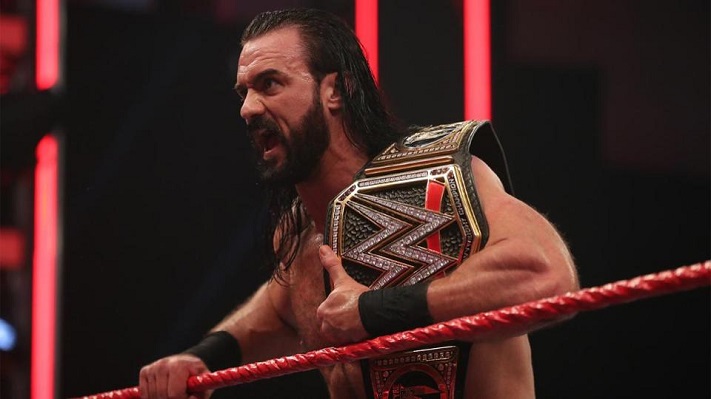 Drew McIntyre has a dream success story where he was at the bottom tier of WWE roster and he was then released from the company. However, McIntyre reinvented himself and returned to the promotion, to become the WWE Champion.

During a recent interview with SportsKeeda, the current champion talked about a number of things and he also revealed his advice for the stars who have recently been let go by the company.

McIntyre revealed that he has actually been speaking to a few of the released WWE wrestlers and he wants the released stars to reinvent themselves:

“I mean, I’ve been speaking to a few of them. And anyone I’ve not spoken to that hears this, feel free to reach out to me, please. But this is the opportunity to really reinvent yourself. And if you had a vision of yourself that you weren’t able to bring to the table in WWE, obviously the WWE machine’s constantly moving, it’s very difficult to reinvent yourself within the system. And I couldn’t be who I am today without my time away, I wouldn’t have learned what I’ve learned without my time away.”

He continued to explain his advice saying that he wants people to look at themselves and be honest on who they are and what they want to show the world:

“So I say just have a look at yourself, be honest, like ‘who am I, what do I want to show the world’ and put that plan together right now you during this time because the world is going to open up. And the independent scene is the healthiest it’s been in, Id’ say ever to be honest. Just the level of talent around the world, incredible companies around the world. And if you have something to bring to the table and you are truly good at your job, you truly love this job, you’re going to have the best time, you’re gonna make money you’re gonna make a lot of fans.”