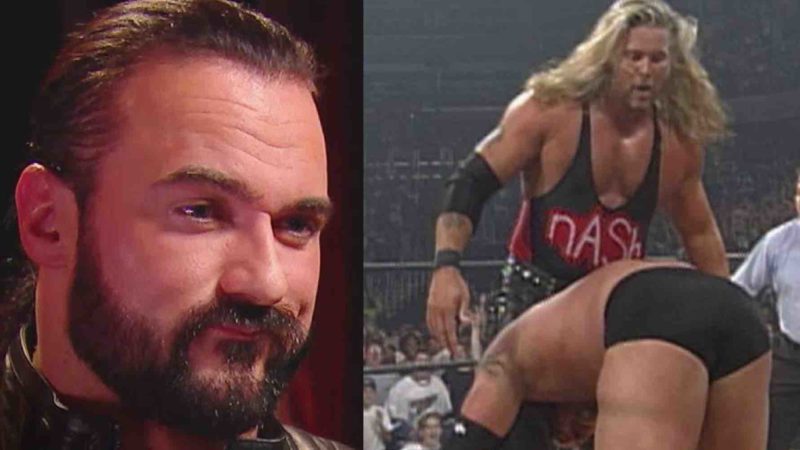 Drew McIntyre mocked Kevin Nash and Scott Hall for using a cattle prod to end Goldberg’s win streak at WCW Starrcade 1998 in a new interview on The Bump. Wrestling-Edge transcribed Drew’s remarks, which started with a discussion about his WWE Title defense against Goldberg on Sunday at the Royal Rumble.

Goldberg has proved time and time again, his streak when he returns and beats champions, he’s still the same old Goldberg. I don’t mean ‘old,’ he’s still got it. So Goldberg, I’m excited to see that look in your eyes. I can’t wait for Sunday, it’s going to be an incredible match. Whatever anyone might think, I’m going to tell you right now what’s going to happen.

These are two alpha heavyweights, we’re going to go to war, we’re not afraid to hit or be hit. We’re going to beat the crap out of each other. But in the end, whose next? Goldberg.

What’s next? My boot connecting with his face and ending this new streak of defeating champions every time he returns. I don’t need a cattle prod to do it, all I need is one Claymore.”