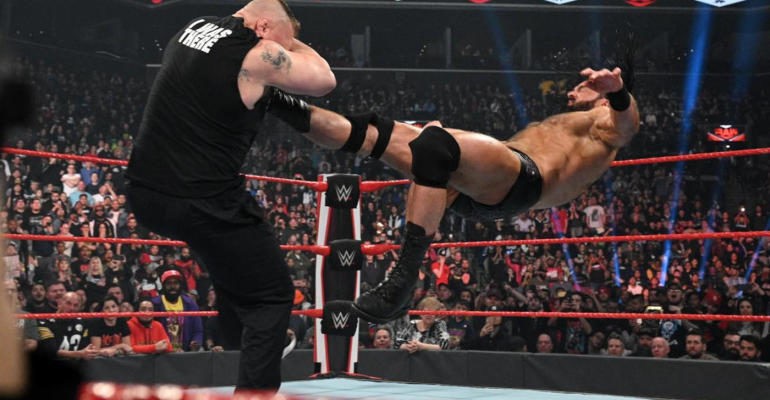 Brock Lesnar defended his WWE Championship against Drew McIntyre at WrestleMania 36. He put over McIntyre and dropped the title to him. The build to the match saw Lesnar doing all he could in order to make Drew look like a bonafide star.

One instance that fans can identify was when Lesnar shouted at Drew to pick up the title and stand tall over him. According to the Wrestling Observer Newsletter, McIntyre has praised Lesnar both publicly and privately for being someone who is great to work with.

McIntyre recently spoke to Sports Illustrated, where he shared an old story of his time as a member of 3MB. Apparently, Brock Lesnar saw something in McIntyre. After a segment where Lesnar squashed the 3MB, he asked McIntyre what he was doing being part of the stable.

“He pulled me aside, and he straight-up asked me, `Why are you involved in this?’ He was so confused, but he saw something in me and believed in me. It’s pretty crazy, all these years later, I was the guy to take the title from him at WrestleMania.”

“Brock is a man’s man. He won’t do business with you if he thinks you’re not doing the job you should be doing. Brock is a very private person, he doesn’t like people too much, but he’s all about respect. To have earned his respect means a lot.”

Drew McIntyre is now the WWE Champion and many fans and Superstars alike are happy that he is. It is certain Lesnar is as well as he believed in him.