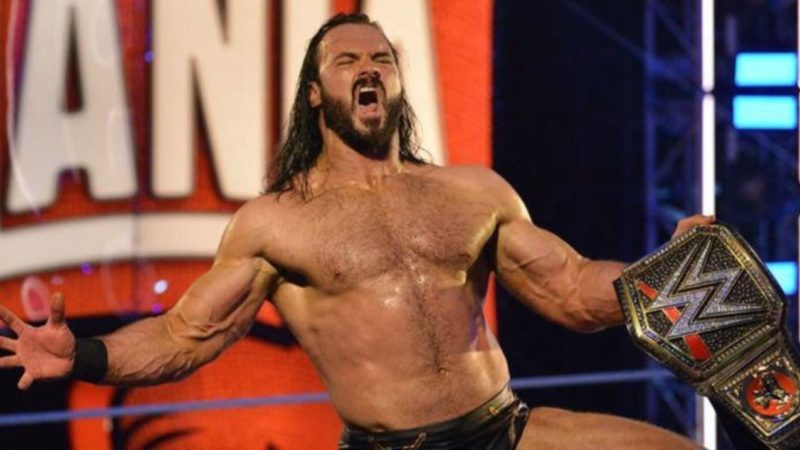 Drew McIntyre is able to show fans who he really is with his current character, which he was unable to do before. He is now the WWE Champion and certainly has a lot of eyes on him. Unlike other WWE Superstars who have to recite lines given to them by writers, McIntyre does not have to do that.

Drew spoke to Chasing Glory, where he talked about telling WWE not to give him lines to recite. He only takes bullet points and wants to be able to show fans a genuine part of himself.

“To be honest, I get the basic idea, the bullet points, and I always tell them, don’t make me recite it because it’s gonna sound like lines and I don’t know what I’m gonna say, just tell me what I’m gonna have to hit. If I had any advice for any of the guys and girls out there doing these empty arena things, it’s just go with the flow, don’t pretend there is a crowd there, just feel the moment and just take it for what it is.”

Of course, WWE is fully behind Drew as he is the champion and they have expectations from him. It shows they also have trust in him by allowing him to speak more freely on the mic. He is scheduled to defend his WWE Championship against Seth Rollins at Money In The Bank.